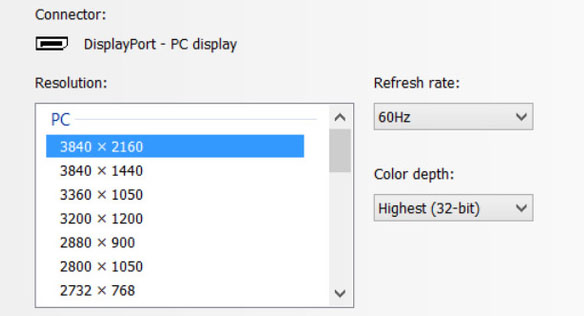 Tests by French site Mac4Ever.com found that current model Retina MacBook Pro machines can use their Thunderbolt 2 connections to drive the Sharp PN-K321 4K display at 60Hz when running Windows 8.1 with the latest NVidia drivers, rather than the 30Hz possible with OS X. This suggests that OS X will be able to do the same when Apple updates the rMBP video/Thunderbolt 2 drivers.

While 30Hz is good enough for movies, our own Seth Weintraub found on his bargain Seiki that it gives a poor experience when scrolling webpages, and is of course completely unusable for games. 60Hz, in contrast, gives a smooth experience when using a computer. The mystery had been why the latest Retina MacBook Pros, with Thunderbolt 2 support, were limited to 30Hz when the specs should have made them capable of double this – and the video drivers appear to be the answer …

Here’s what happens when you try to run the Sharp 4K display at 60Hz in Mavericks: 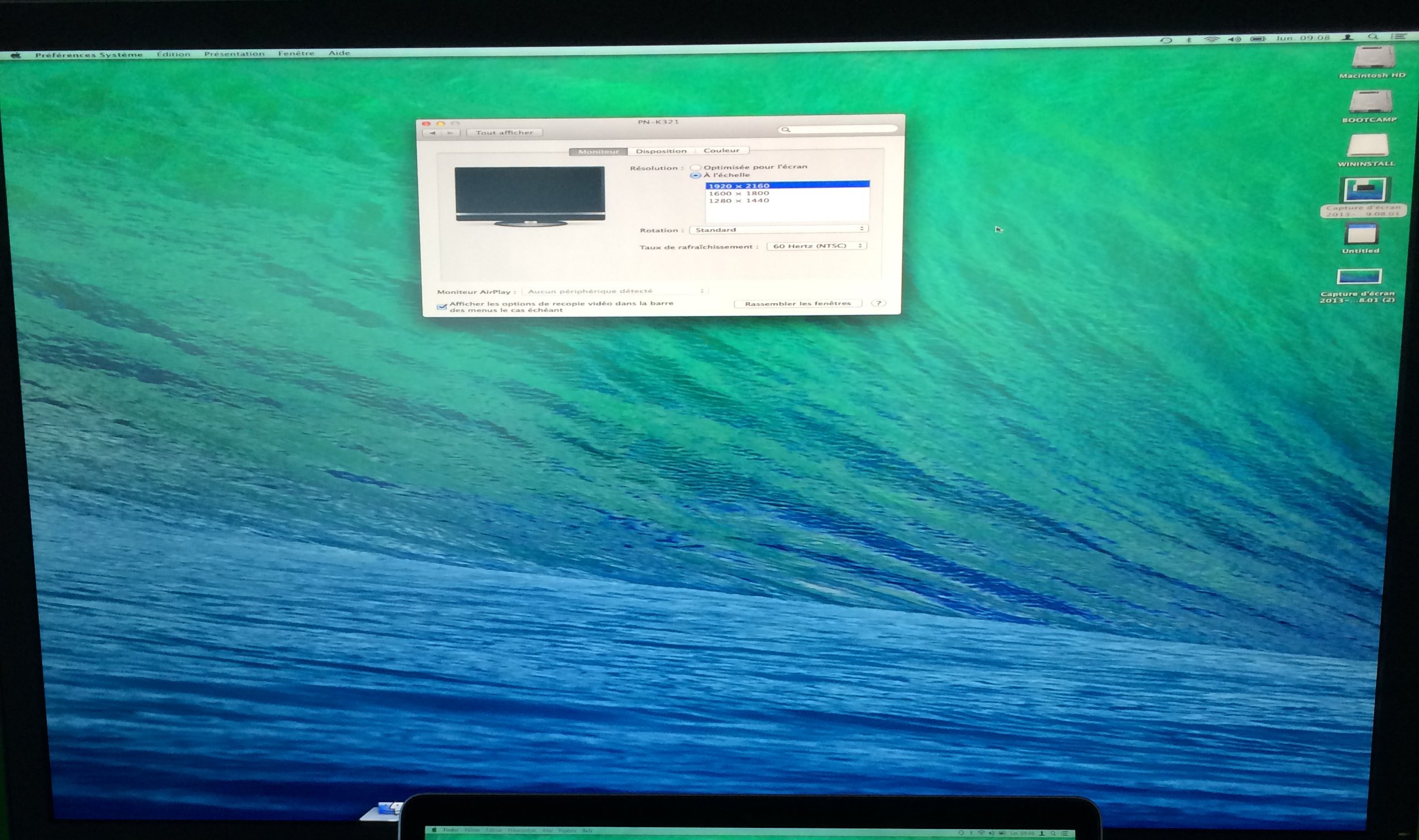 The ‘squashed’ display attempting to run 4K at 60Hz under Mavericks

The reason for it is the way that the display is streamed.

Streaming 4K video at 30Hz requires about 8Gbps of data, which is possible with the 10Gbps bandwidth provided by a single Thunderbolt channel. Streaming at 60Hz requires Thunderbolt 2, using Multi-Stream Transport (MST). Each channel transmits two 1920 x 2160 images, seemingly alternate rows of pixels, which are combined to draw the complete image. The latest NVidia drivers can do this, the ones installed in Mavericks can’t – hence the squashed display above.

Note that these displays default to 30 Hz (instead of 60 Hz) and need to be manually configured to 60 Hz using the display’s built-in controls.

The good news is that this should allow current rMBP machines to display 4K video properly in a future update to Mavericks.

The one remaining question is whether the above settings changes would also work on a Late 2013 rMBP? From what we’ve been able to dig out of Apple’s website, the answer appears to be no, but if any Late 2013 rMBP owners have either of these monitors to hand, please let us know.