Birdwatchers twitchy about ‘unethical’ and ‘dangerous’ use of iPhone apps 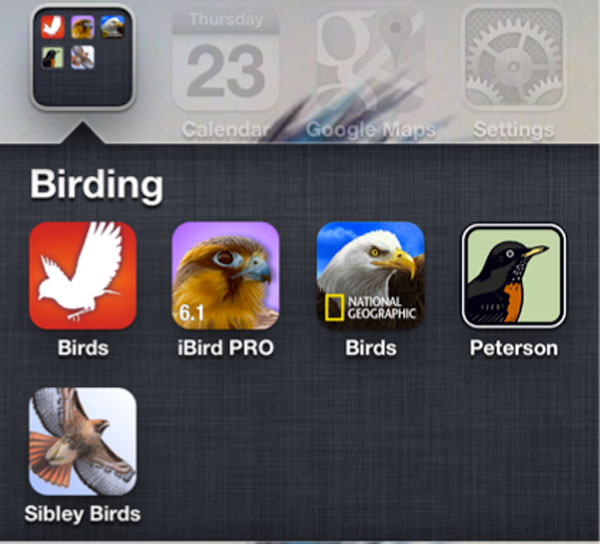 If you were to pick a hobby likely to generate confrontations and harsh words between participants, birdwatching probably wouldn’t spring immediately to mind. Yet the WSJ reports that the use of iPhone apps by birders is doing just that, as a new breed of birders use iPhone apps playing birdsong to persuade birds to come out of hiding.

An otherwise peaceful pastime has been roiled by conflict as digital field guides, and the song recordings they include, have made birding easily accessible for anyone with a smartphone and, sometimes, a portable speaker. In a hobby where reward has come from years of quietly, patiently waiting outdoors and diligently studying technical tomes, there is deep resentment of birders who are relying on these easy-to-use—or abuse—apps.

The American Birding Association is apparently considering “a major revision to its oft-cited Code of Birding Ethics to address smartphone use,” with the National Audubon Society also planning a “comprehensive policy” on the issue.

Some say it can get stressed if it thinks the playback is a territorial threat. A predator may even be lying in wait. The bird could also leave its habitat or stop responding to the calls, realities scientists say make them nervous.

“The I-gadgets are incredibly dangerous to people who know nothing about birds,” said avid birder Heidi Trudell.