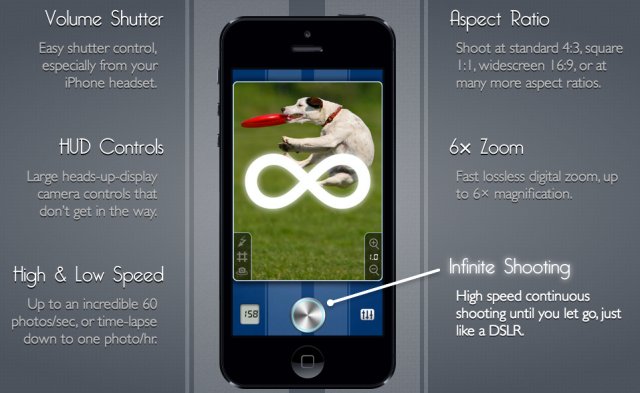 According to a new report from TechCrunch, Apple has acquired the photo technology startup SnappyLabs. SnappyLabs is a one-man development team known for creating the SnappyCam app. As the name implies, the big feature of SnappyCam is its ability to take full-resolution images at 20 to 30 frames per second, which is considerably faster than the native Camera app on iOS. The app was sold for $1 on the App Store and was relatively popular, reaching #1 on the paid app chart in nine countries.

SnappyCam, on iPhone, is the fastest smart-phone camera on earth. With it you can easily get that impossible, perfect shot, every time. SnappyCam also shoots unique living photos that capture the entire moment, not just a single snapshot in time. It’s like an interactive flip-book, in full 8 Mpx glory and at high-speed.

Author Ad Placeholder
Will only appear on redesign env.
The acquisition was first suspected when SnappyCam oddly disappeared from the App Store and all of the SnappyLabs websites went offline. Sources speaking to TechCrunch claim that the company was acquired by Apple and that there was interest from “most of the usual players.”

Apple has yet to confirm the acquisition, and when (or if) it does, we can’t expect to learn too many details, as the company is often cagey with specific information regarding its purchases. As of right now, John Papandriopoulos’ LinkedIn profile still lists him as the CEO and Founder of SnappyLabs.

Presumably, bringing Papandriopoulos on board would allow for Apple to work on integrating SnappyCam’s rapid-fire camera into iOS, in addition to its other features.

Apple has been on quite a buying-spree recently, having just snapped up the BroadMap mapping firm and Evernote-competitior Catch last month. Before that, the company reportedly acquired PrimeSense, the company behind the original Microsoft Kinect technology.