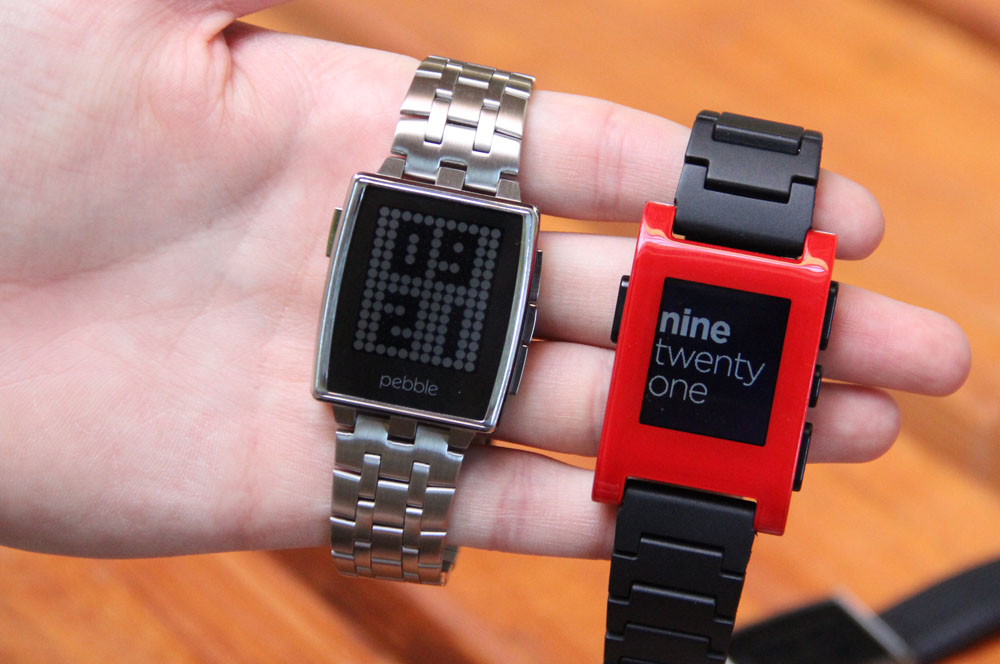 If you like the functionality of the Pebble smartwatch but are less keen on the plastic finish, it looks like you won’t have long to wait for a metal version. We’ve seen a couple of leaks of the Pebble Steel, seemingly the exact same innards as the existing Pebble watch but with a stainless steel casing and Gorilla Glass.

There are said to be two versions, one in brushed stainless steel (shown alongside the original plastic version above) and a matte black one (shown below the fold) … 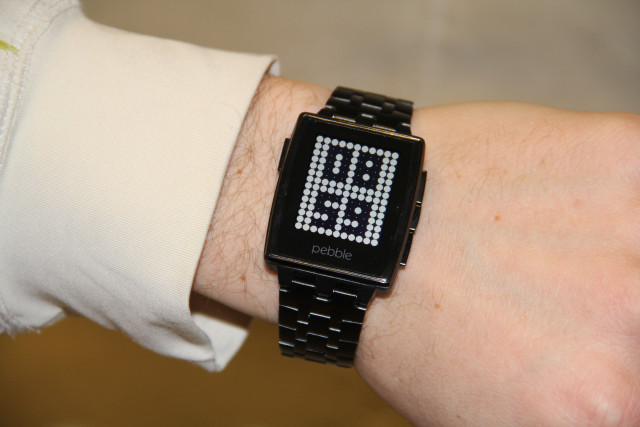 The Pebble Steel is expected to come with a choice of metal and leather straps, and to retain the waterproofing of the plastic model.

We’re guessing it will be officially unveiled sometime this week at CES. It is said to be priced at $240 – a hundred bucks more than the original – and to be available from the end of the month.

Update: Pebble has officially announced the Pebble Steel for $249 shipping January 28. The metal version of the smart watch will be available only at getpebble.com initially. Press release below: Introducing Pebble Steel: A Premium Addition to the Pebble Family

“With Pebble, we created an iconic, colorful, and sporty smartwatch,” says Product Evangelist Myriam Joire, “but we wanted to build something even more refined. Pebble Steel cranks the style dial to 11.”

Pebble Steel unites modern technology and timeless design, coming in two finishes: Brushed Stainless and Black Matte. All models are bundled with both a matching metal band and a black leather strap. The Black Matte Pebble Steel is crafted using a process called Physical Vapor Deposition to provide a tactile, deep black finish that’s also ultra-durable. Pebble Steel’s ePaper display is protected by a Corning Gorilla Glass lens with an oleophobic, anti-fingerprint coating. The housing also subtly incorporates a RGB LED light to indicate charge status. Like the original Pebble, Pebble Steel is waterproof up to 5 ATM.
“Our mission is clear,” says CEO Eric Migicovsky. “Create the gold standard for wearables that mesh perfectly with your everyday life, and build the fundamental ecosystem and platform for these devices.”
During CES 2014, Pebble partners Pandora, iControl, and Mercedes-Benz will feature Pebble Steel in hands-on demos of their new Pebble app integrations. These pioneering brands join ESPN, Yelp, Foursquare, and GoPro as part of Pebble’s growing app family, ready to bring tiny moments of awesome to Pebblers’ wrists every day.