The disconnect between Apple’s corporate performance and its stock value is something we’ve often commented on in the past. But rarely has the gap between the two been made more visually obvious than in a set of nine bar-charts published by Fortune, comparing Apple with Amazon and Google.

Judging from Merckel’s bar charts, what the market seems to be saying is that it believes Google and Amazon will keep growing indefinitely.

For Apple, it will believe it when it sees the next hit product.

The three ones above give the starkest illustration, while the complete set below give a fuller picture …

It’s not that the market is necessarily wrong to be cautious about the future prospects of big tech companies. We’ve all seen meteoric rises followed by crashes, with Blackberry a recent example. There is a sense in which it’s perfectly reasonable to hold the view that Apple is only as good as its last product launch.

But what makes no sense at all is to ignore the current performances of different tech companies, or to expect one highly successful one to decline while simultaneously expecting the opposite of companies whose futures are no more assured. 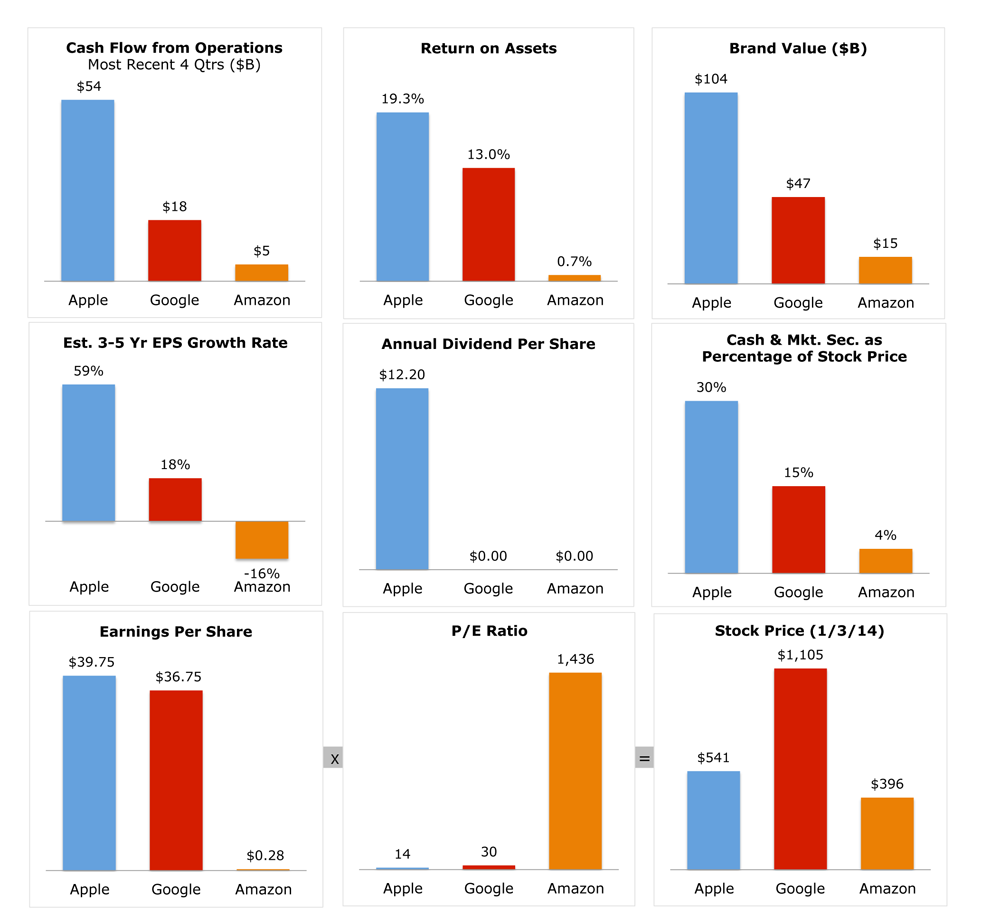 Short-term price moves will always reflect short-term events, such as the dip when the China Mobile deal didn’t materialize on the expected date and the rise when it was announced a short time later. One might have thought the market would have a slightly more rational approach to valuing tech stocks in the medium to long term, however.
It remains to be seen whether Fortune‘s earlier prediction of institutional money moving back into AAPL over the medium term will turn into reality.