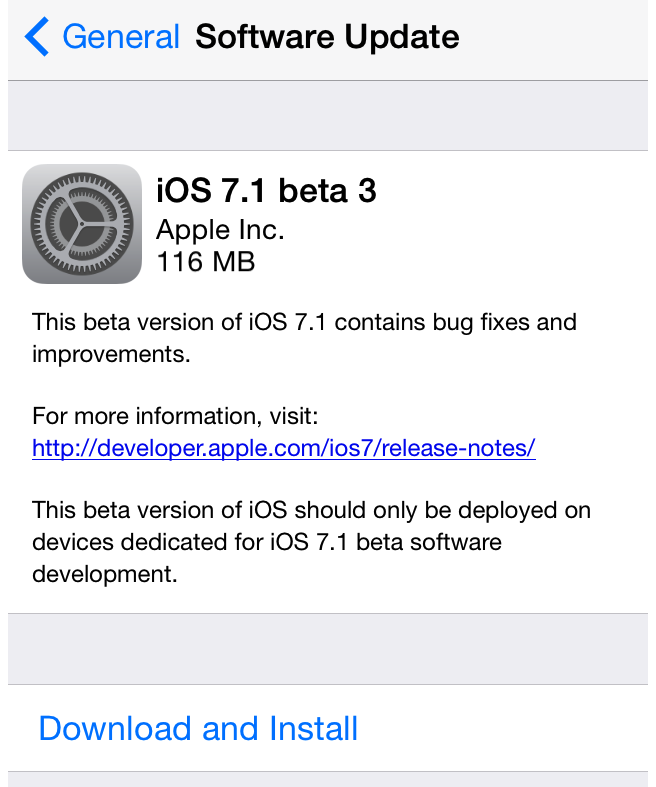 Apple released the third beta of its iOS 7.1 software (build 11D5127c) to registered developers today. Apple released the first iOS 7.1 beta for developers in November bringing with it a handful of UI tweaks, performance improvements, and accessibility features. That release was followed by a second iOS 7.1 beta in mid-December which brought button shapes as an accessibility feature as well as a calendar design mirroring iOS 6 and prior.

We’ll update you of changes as we come across them. Leave us a note in the comments or at tips@9to5mac.com if you find something interesting as well.

-New backspace/shift highlights (Thanks Daniel) and bolder keyboard as seen below: 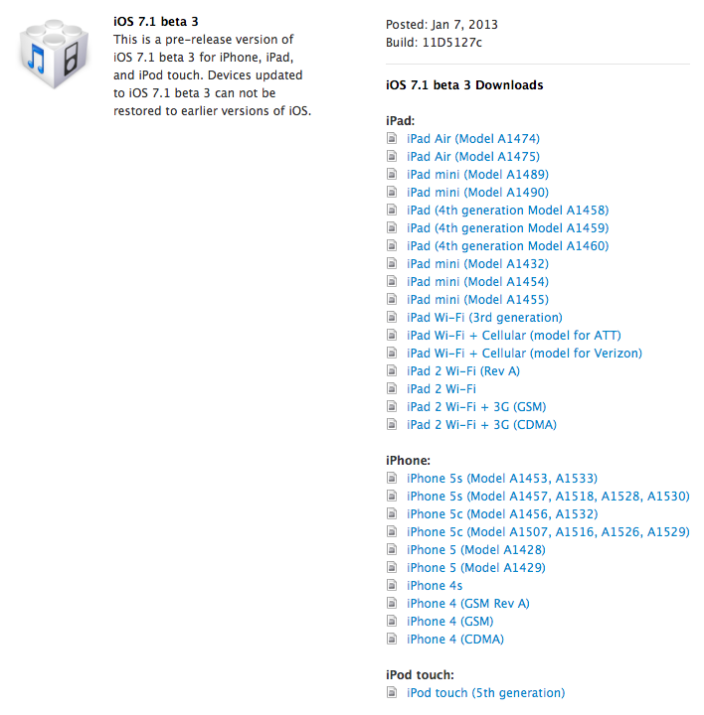