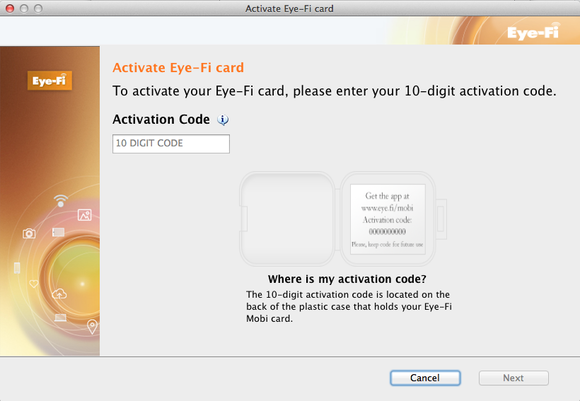 Wifi-equipped cameras have long been one of those things that promise more than they deliver. In theory, you can take a photo on your camera and have it instantly and wirelessly transferred to your Mac. In practice, not so much. You either need to go via an iOS device, or go via a router with ridiculously-convoluted networking configuration required to make it work.

Eye-Fi seems to be getting one step closer to the theory, announcing beta software at the Showstoppers CES event that allows photos to be sent direct from camera to Mac. The beta version is free, though you have to register for the company’s labs project to get access, but it seems the release version will be chargeable.

The app is only compatible with Mobi cards – earlier versions won’t work. Hopefully the reliability of the cards has improved since I last tried them.