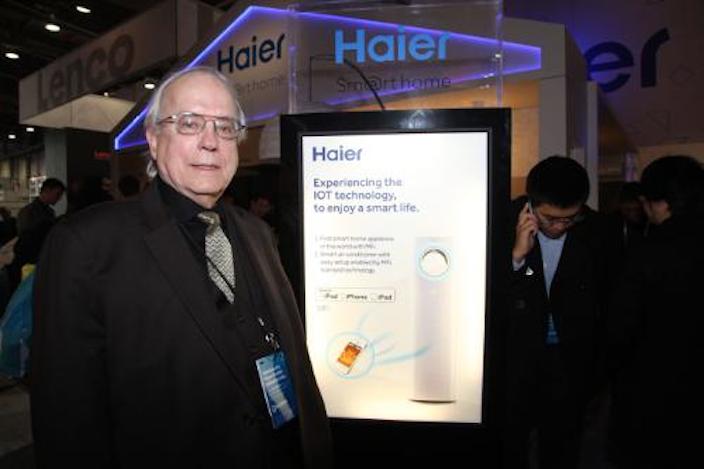 Announced at CES this week in Las Vegas, Chinese electronic and appliance manufacturer Haier is notably the first in its industry to pick up Apple’s MFi certification for one of its products. Haier’s Tianzun air conditioner (press release) is the first smart appliance to pick up Apple’s Made for iPhone/iPod/iPad seal which notes Apple’s standards for ease-of-use, quality, and functionality were met. Haier, which manufactures other appliances such as washing machines and refrigerators, plans to implement the same connected technology found in its MFi air conditioner in other products as well potentially leading a move toward more user-friendly smart home appliances…

For many consumers, Apple’s MFi certification offers a vote of approval for a product that serves as a major marketing endorsement as well.

“It used to be complicated to control smart appliances, but it is very easy now. The operation is greatly simplified and all of us, including adults, children and the elderly, can use it as we want to,” a merchant from India at the exhibition said. Haier used Apple’s MFi technology successfully and thus created a simpler and more accurate intelligence appliance control experience for users. Users can use their phone, iPad or other mobile ports to control their smart appliances simply by pressing a key.

We’ve recently seen a new market of iOS compatible game controllers emerge, and being the first to meet Apple’s MFi standard has served as a differentiator in that market. Other MFi firsts from CES this week include Resound’s Bluetooth LE hearing aid and Sigma’s full-sized Bluetooth gaming controller.