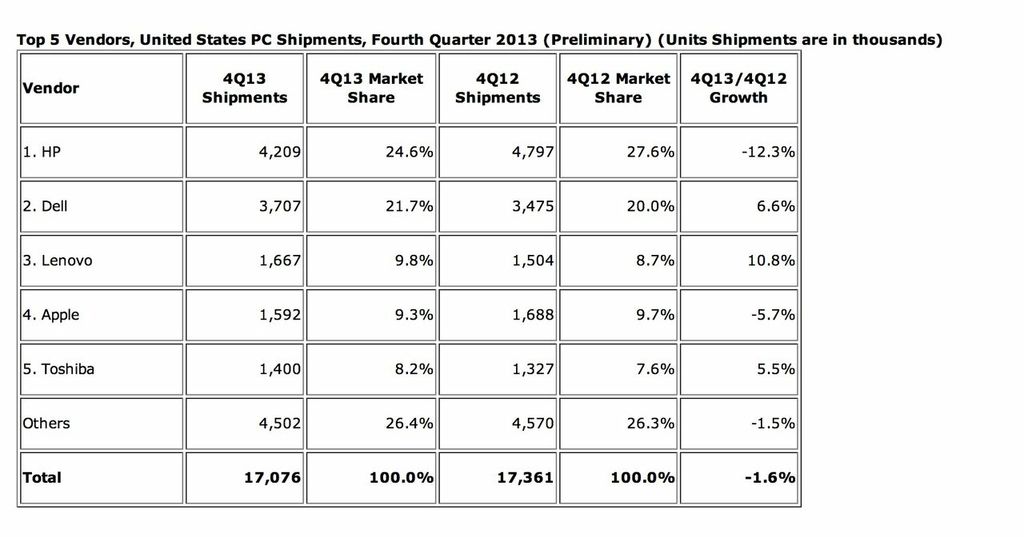 IDC has announced preliminary PC shipment numbers for the fourth quarter of 2013, with Apple dropping from third to fourth place on the list. Apple shipped about 438,000 fewer machines than the same quarter in the previous year, allowing Lenovo to catch up and overtake them, despite Lenovo’s gain of only 163,000 shipped units.

HP, Dell, and Toshiba maintained the same positions as the previous year. While most companies lost a portion of their market share this year, Lenovo and Dell managed to claim most of the free space in the market. Overall the market saw a 1.6% drop over last year’s sales—about 285,000 shipments.

Gartner, on the other hand, reports that Apple actually gained quite a bit of market share. How these two numbers are so far apart is a mystery, but it’s possible that IDC included Surface-style tablets in its numbers, potentially skewing the results in comparison to Gartner’s numbers.