Opinion: What “three revolutionary devices” will the iWatch be?

When Steve Jobs introduced the iPhone seven years ago last week, he described it as “three revolutionary devices” in one: touchscreen iPod, mobile phone and Internet communicator.

The iPhone wasn’t the first touchscreen smartphone. It wasn’t even close: Handspring launched the Treo 180 a full five years earlier (I know this because I owned one). Same with the iPod before it, launched three years after the MPMan (yep, I owned one of those too).

Apple has never been interested in being first to market, so no-one should be remotely surprised that others launched the smartwatch first. The company’s USP is its ability to take a relatively crude piece of technology being used exclusively by geeks and turn it into something so slick, beautiful and cool that mass-market consumers will find irresistible …

Smartwatches today are about where smartphones were ten years ago: limited functionality, clumsy user-interfaces, poorly integrated with other devices – and for the most part, downright ugly. It’s no surprise that Apple is taking its time creating something worthy of wearing an Apple logo.

So, just for fun, let’s say the iWatch was also introduced with that “three revolutionary devices” description – what do we think they might be? Here’s my take …

The first revolutionary device would be … a watch. No, I’m not crazy: remember, one of the three revolutionary devices in the iPhone was the phone. Revolutionary because it transformed both the form-factor and user-interfaces of smartphones. Apple’s first task will be to create something that actually looks like a watch, not like someone trimmed down a smartphone and strapped that to your wrist.

Revolutionary? Given what’s out there at the moment, yes. Apologies if you’re wearing your Pebble watch right now and think it looks fine, but you’re a 9to5Mac reader and by definition a techie. What you will accept in the name of gadgetry is very different to what the average person in the street will rush out to buy. 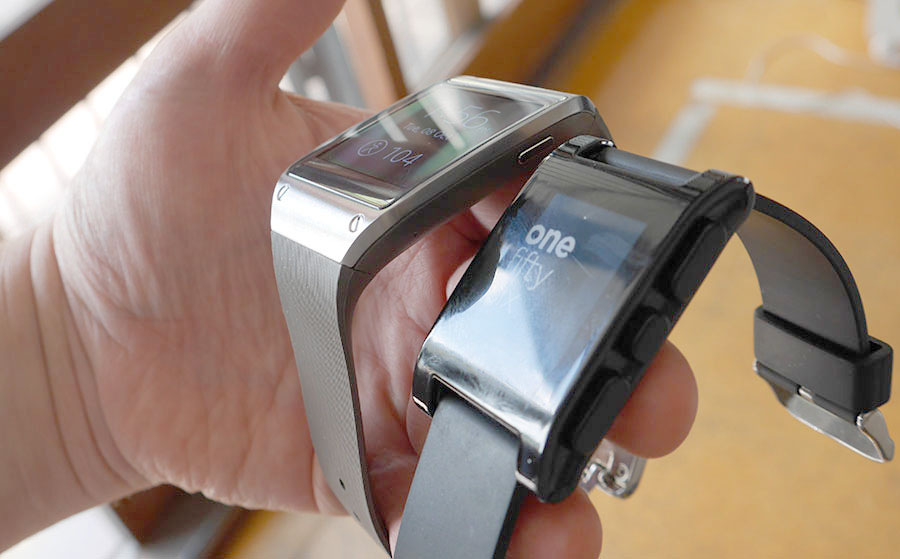 Sure, the Pebble Steel looks a little better, but it’s still not something anyone is going to wear as a fashion accessory. Let’s contrast it with a couple of watches out there right now. 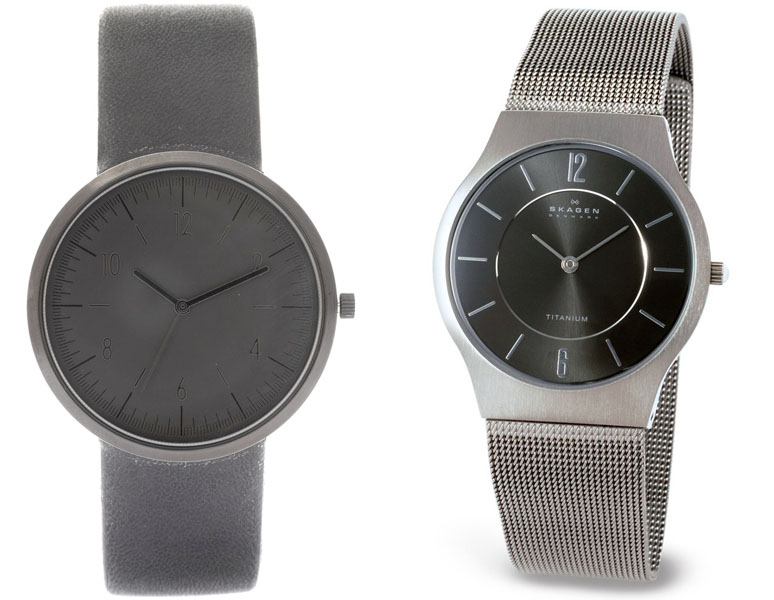 Now, tastes in watches vary tremendously, so if you were about to hit the comments to tell me you think the specific examples I’ve chosen here are ugly, then please just substitute images of your favourite watches and pretend I used those instead. My point is only that today’s smartwatches don’t make the cut as watches.

A Jony Ive-designed smartwatch will. I’ll wager good money that a fair chunk of the people who buy it will do so on the basis of it looking cool and giving them a choice of watch faces, without caring too much about the rest of its functionality.

The gadgetization of fitness significantly predates the Nike Fuel Band. GPS watches with bluetooth links to heart-rate monitors and on-board calorie calculators have been around for years. What Nike did was take something clunky and inconvenient and turn it into something sleek, simple and stylish. Sound familiar?

The iWatch, I’m sure, will integrate the two in a way that will seem blindingly obvious after the fact. Integrated fitness functionality in a smartwatch, then, will be the second revolution.

The M7 chip in the iPhone 5s can already replicate the functionality of the dedicated fitness bands. Add a discreet heart-rate monitor in the strap and you have everything available today. (Sure, the radial pulse isn’t the perfect way to measure heart-rate, but we’re never going to see a chest-strap with ‘Made in Cupertino’ embossed on it.)

Sensors are the new black, and my guess is that the iWatch will be bristling with them. Perhaps bristling isn’t quite the right word, as I expect them to be invisible, but I think the iWatch will provide the most holistic view to date of our overall health.

Which leaves the third revolution: the smartwatch functionality. I’ve got a few theories there, but the one thing I’m pretty sure of is the iWatch is not going to look anything remotely like this:

That size of screen massively fails the stylish and discreet test that I’m confident will be a key part of the design brief.

Conversely, a true watch-sized display is never going to be usable as a primary input device, nor as a way of running apps that require a lot of interaction. Siri will help, but not everyone shares my enthusiasm for it, so I see an iWatch as mostly a secondary screen for an iPhone rather than a standalone gadget.

A smartwatch as a simple second screen to an iPhone might not sound that revolutionary, but I think what will set it apart from existing offerings is the depth of integration into the Apple ecosystem. Existing smartwatches get whatever notifications Apple permit and the developers can pull off; the iWatch will, I think, be capable of displaying anything in the Notification Centre. Alerts pop up as they occur, and you can then scroll through them as you would on your phone.

I’d also hope that the iWatch would have some degree of intelligence, aiming to anticipate your needs. For example, if the M7 sensor can tell you’ve just stopped running, it’s likely you’ll want to see the run data, so that should pop up on the display unprompted. If you got an alert a couple of minutes ago and then lifted your arm to look at the watch, you probably want to see what that alert was, so it should reappear.

In short, I expect the iWatch to be revolutionary in the same way the iPhone was: not by doing anything radically new, but by doing what can already be done today in a much sleeker, slicker way.