Back in November, the State of Arizona announced that Apple had chosen the city of Mesa to create a new manufacturing facility and in the process 700 new permanent manufacturing jobs. Some had speculated it could be part of CEO Tim Cook’s plan to bring manufacturing of Macs back to the US (Cook previously stated some parts will come from Arizona), but a supplier later revealed it would be providing equipment for the production of sapphire material at Apple’s new plant. Apple never confirmed what the plant would actually be used for, but we’ve discovered through a new job listing that Apple will indeed use the facility for manufacturing iPhone and iPod components. 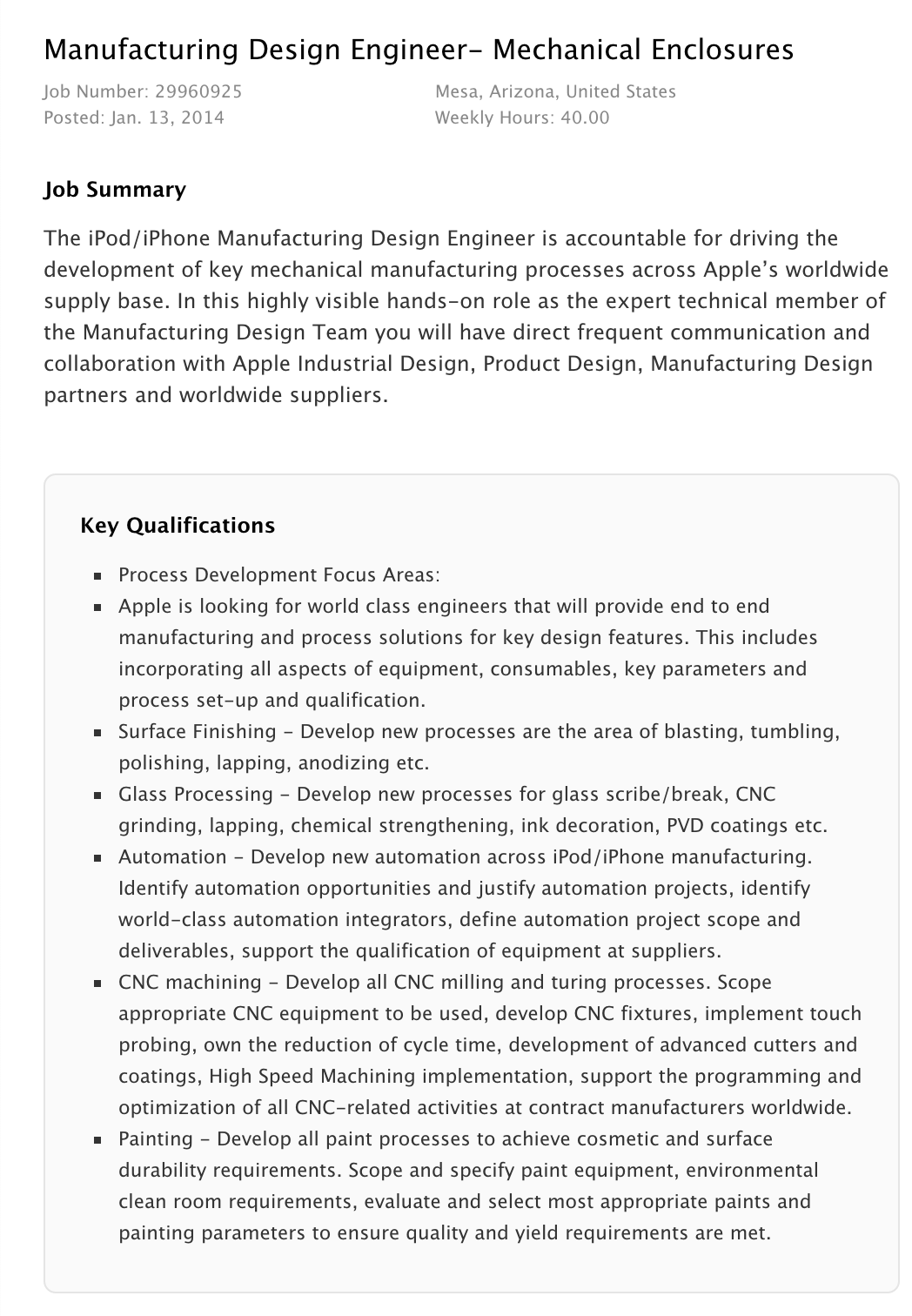 The company has been hiring for an increasing number of positions at its new Mesa, Arizona facility in recent weeks, including several positions for mechanical supplier quality engineers that also mention iPod and iPhone manufacturing. Apple currently uses the sapphire crystal material in its Touch ID buttons on iPhone and lens covers, but the job listing above seems to indicate there will be more than just sapphire manufactured at the plant.