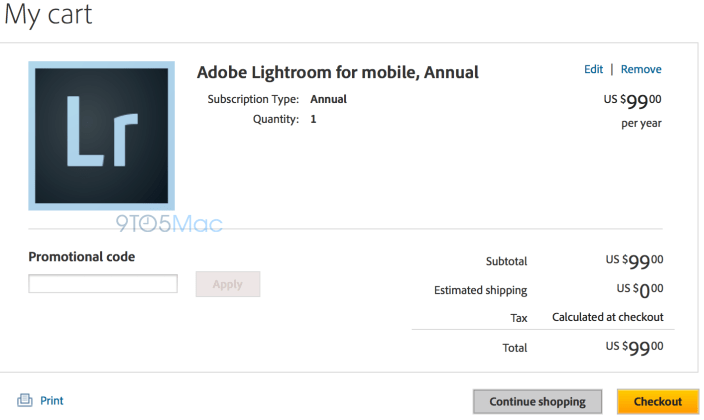 Adobe will soon make the iPad an even more viable solution for mobile content creation: the company will soon unleash a version of its popular Lightroom photo editing suite that is optimized for tablets. References to Lightroom for Mobile appeared on Adobe’s official website earlier this week, but they were immediately removed when we contacted Adobe for comment on the yet-to-be-announced product.

Adobe’s tagline for the product is “Take Lightroom anywhere,” but we were unable to locate screenshots of the application on Adobe’s website. The website also does not specifically note iPad support, but a chat representative from Adobe was able to pull up details about Lightroom for Mobile from Adobe’s systems and said that it is built for iPad. 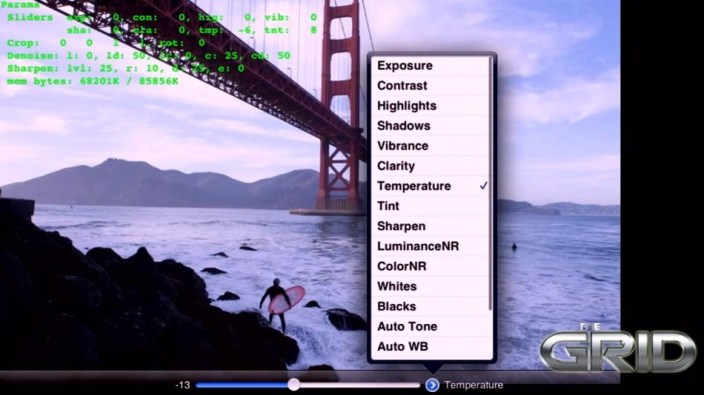 Adobe’s Lightroom software allows photo editors to manage bulks of high-resolution photos, and it is a complement to Adobe’s other products like the full Photoshop suite of applications. Early last year, Adobe demonstrated an early prototype version of the application (shown above). However, it has likely been completely redesigned to go in-line with the new iOS 7 design aesthetic. The application will work with the iPad’s processing power in order to edit RAW files right from a digital SLR camera. 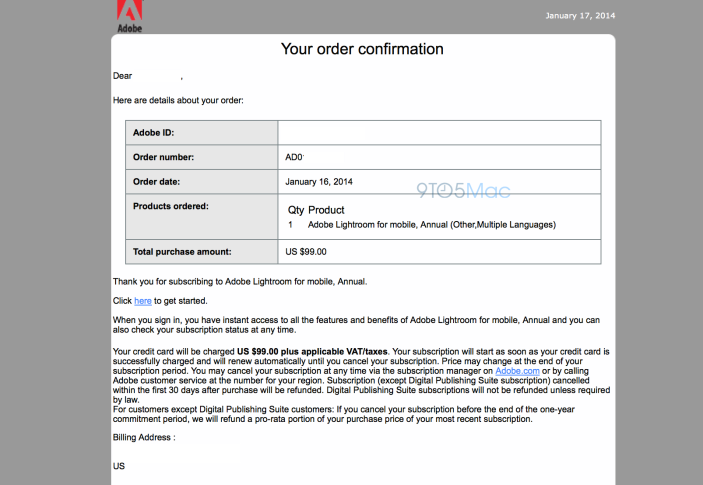 Besides the ability to manage large photos, one of the marquee features of Lightroom for iPad will be its ability to synchronize via Adobe’s Creative Cloud system with Lightroom on other devices (like a Mac or PC). We understand, that in addition to the Lightroom iPad App Store download, there will be a subscription for syncing Lightroom photos in the cloud. As seen in the top image, this will be a $99 yearly fee. One of our readers was able to actually purchase the subscription earlier this week (see receipt above). It obviously does nothing yet as the app is not available.

The benefit of the $99 service will be that users will not need to store several hundred megabytes or gigabytes of high-resolution photography on the iPad. They can just store it in the cloud or synchronize from their Mac. These photos will still be able to be edited and managed on the iPad, and changes will be synchronized back. Yes, it’s very much like an “iCloud” for Lightroom. A video of the prototype app is above at around 19 minutes in.

With Lightroom briefly appearing this week on Adobe’s website, it is highly likely that an official launch is planned for the coming weeks.