Now that the iPhone 5s and iOS 7 have been jailbroken for a while, tweak developers have had some time to evaluate the current state of iOS and find some great ways to improve on the existing features.

Below you’ll find a bunch of great iOS 7-ready tweaks for your newly-jailbroken iOS 7 devices. Most of them are free, but the ones that cost are worth the price (or maybe even more).

TinyBar – repo.alexzielenski.com
Back on iOS 6, lots of users complained that notification banners covered up too much of the top of the screen—including half of the navigation bar and its buttons. In iOS 7, the problem has gotten worse: notifications cover the entire bar. Reaching up to tap a navigation bar button just as a notification comes in can end up pulling you into another app altogether.

iOS 6 users could alleviate this with a tweak called DietBulletin, but that doesn’t currently work on iOS 7. Thankfully, a there is a solution. The tweak is called TinyBar, and it does exactly what the name implies: it makes the notification banners take up a much smaller portion of the screen, leaving your navigation buttons untouched.

How much space the banners take up is up to you, and you can even set long notifications to scroll through the entire message. The tweak is still under active development, with new features being added regularly (just a few weeks ago it didn’t even have any settings). You can grab TinyBar for free from the developer’s Cydia repo, listed above.

NCAllOnly – BigBoss repo
Like the rest of the system, iOS 7’s notification center got a major overhaul and introduced a few new features. One of those features is a new tabbed interface that breaks up your notifications and other information into three sections. One of those sections, the “Missed” tab, seems unabashedly useless. If you missed a notification, it would be in the “All” tab, so why also show it in a separate view?

You can get rid of the “Missed” tab (or any tab you happen to hate) with a tweak called NCAllOnly. Don’t let the name fool you, though. The tweak doesn’t force you to use only the “All” tab. It actually has options to disable the “Today” tab and “Missed” tabs separately, so you can choose to see only the tabs you actually want to use. 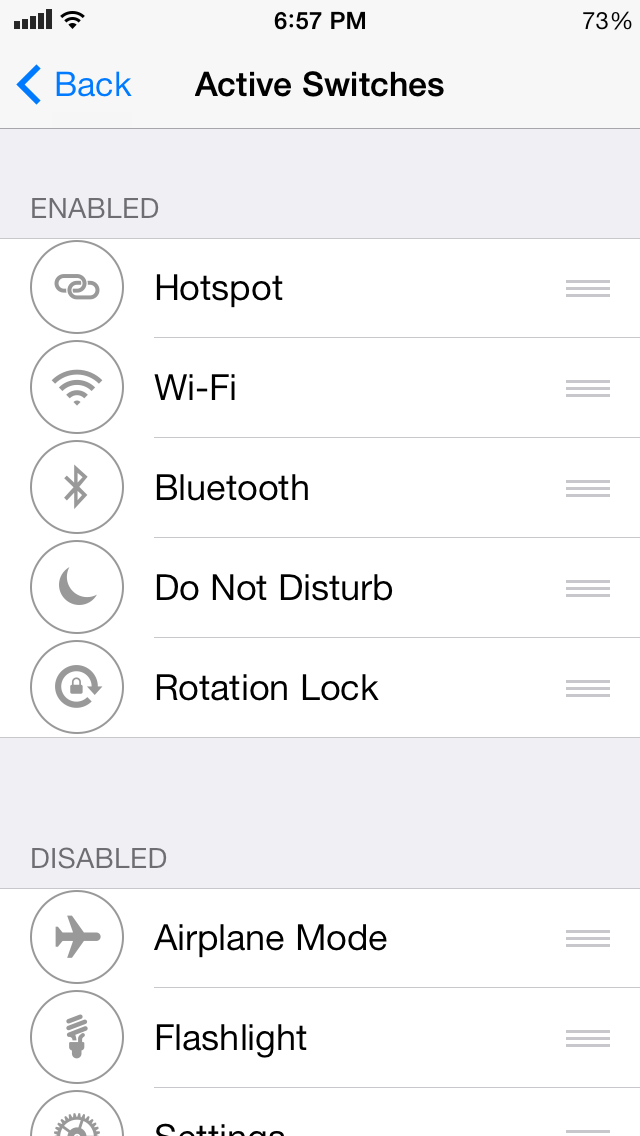 FlipControlCenter – rpetri.ch/repo
FlipControlCenter is one of the most extendable tweaks you’ll find for iOS 7. By itself, FCC gives you full control over your existing Control Center toggles and a few extras. You can swap out the toggles at the top of the panel and the quick launch buttons at the bottom for any FlipSwitch-compatible toggle. That’s good news since most tweaks that include a toggle of some kind now use the FlipSwitch standard.

Extensions like HueHueHue add extra FlipSwitch toggles that can be put in your Control Center for quick access. For example, HueHueHue allows you to control Philips Hue lightbulbs from your phone using a Control Center button.

For security, FlipControlCenter allows you to disable any toggle from the lockscreen. That way you can still access your flashlight or Do Not Disturb toggle without having to worry about someone walking away with your phone and turning on Airplane Mode to avoid being track via Find My iPhone.

FlipControlCenter is free, though some extensions may cost (HueHueHue is $.99). 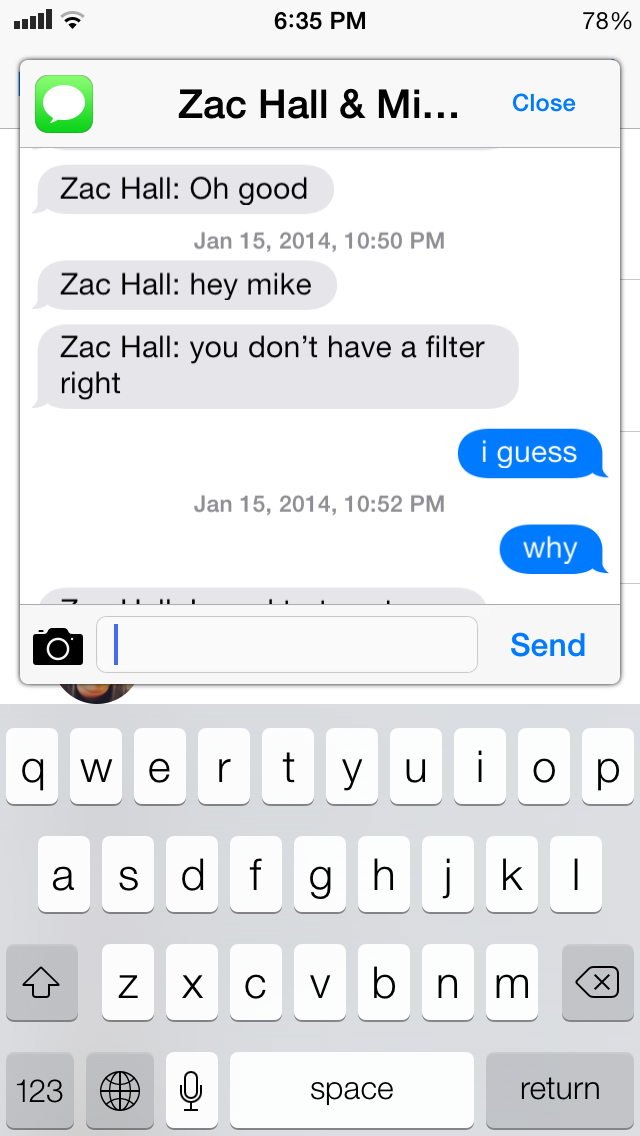 Couria – http://cydia.qusic.me
Couria is the core to an extendable quick-reply system. Tapping a new Messages notification banner or entry in Notification Center (or swiping a message on the lockscreen) brings up a small reply panel that lets you fire off a reply without leaving your current app. You can also use an Activator gesture to bring up a quick-compose screen from anywhere.

Because one of Couria’s main features is its extensibility, developers can create quick-reply systems for a any app right on top of the existing system. You can also install themes for the reply sheet to fit your own tastes.

One of my favorite features of Couria is the passcode option. You can set the quick-reply panel to require a passcode (separate from your regular unlock code) before you can reply. You can decide whether the passcode requirement should apply when the device is locked or unlocked independently, or disable the code entirely.

The passcode and theming options can be set separately for each individual plugin, so your Messages quick-reply can look and behave differently from your replies for something like WhatsApp (the plugin for which has not yet been updated for iOS 7). 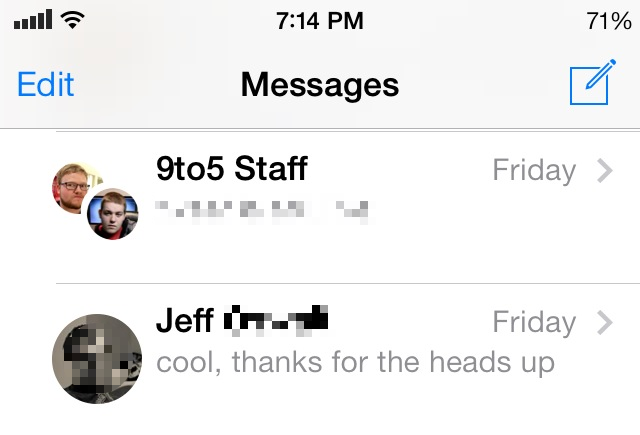 Swipey ($1.99) – BigBoss repo
Swipey is an interesting new take on the iOS 7 lockscreen. While you can swipe from left to right anywhere on the lockscreen to unlock your device, swiping the opposite direction accomplishes nothing.

Swipey fills in the gap here by adding the ability to quickly launch up to six of your favorite apps by swiping right-to-left on the lockscreen. Each app shows up as its own “card” as you swipe through. To launch an app, just stop swiping and wait for a second. The app will then launch immediately and you’ll be ready to start sending messages, composing tweets, installing apps, or anything else you might want to do.

Swipey also supports passcode locks and requires you to enter your code before you can quick-launch the app of your choice.

BioLockdown ($1.99) – BigBoss repo
BioLockdown is a tweak for the iPhone 5s that allows users to lock apps using TouchID. You can also lock specific pages in the Settings app or FlipSwitch toggles.

The tweak also allows you to set a grace period during which you won’t be required to re-scan your fingerprint.

BioLaunch ($.99) – BigBoss repo
The name “BioLaunch” may sound similar to “BioLockdown,” but the two are only partially related. While BioLockdown is used for blocking access to apps, BioLaunch is designed to make it easier.

You can also allow the app to track how much time you spend in each app and assign a finger to your favorite app. The tweak then automatically determines which app you use the most and brings it up. That’s completely optional, though, so don’t worry about the tweak tracking your usage if you don’t want it to.

BioLaunch has a few settings to protect against accidental launches. The first is an alert that confirms whether you actually meant to launch an app before opening it. The second is a quick vibration when a fingerprint scan is successful, to alert you if you accidentally leave your finger on the home button. The last setting is a ‘two-touch’ option that requires you to scan your finger twice to launch an app.

BioLaunch and BioLockdown are fully compatible, so you don’t have to choose between them. 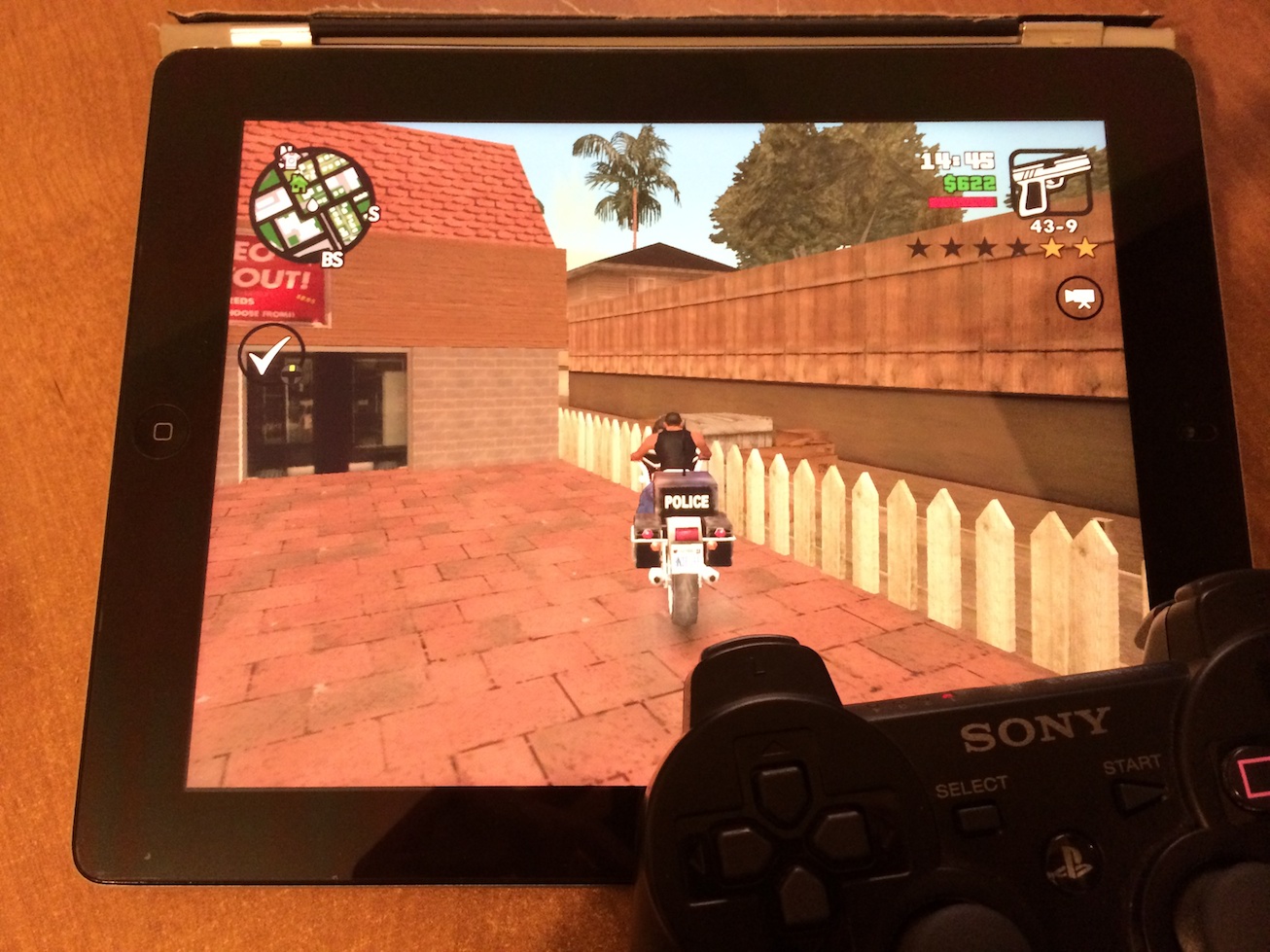 Controllers for All ($1.99) – ModMyi repo
iOS 7 introduced support for third-party game controllers, but so far we haven’t seen many that seemed overly impressive. With Controllers for All, you can now hook up your PS3 controller via Bluetooth and use it in any game that supports controllers. The setup process is as simple as pairing a Bluetooth device, and the functionality mimics that of other available controllers.