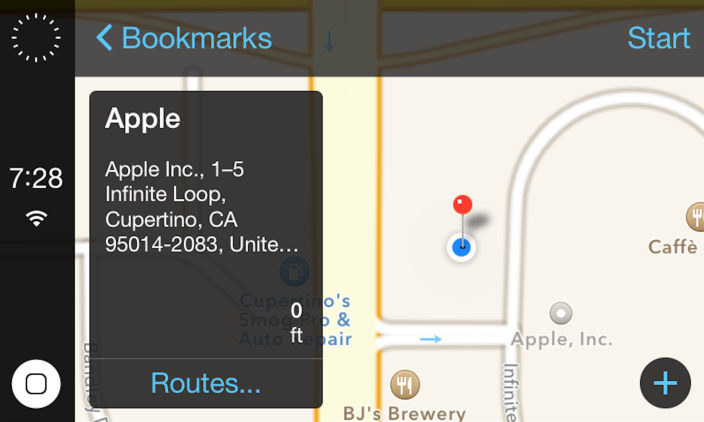 Ahead of Apple’s launch of iOS in the Car later this year, developer Steven Troughton-Smith has seemingly activated the feature inside what we presume is the iOS Simulator. iOS in the Car allows an iOS 7 user to connect their iOS device to their car’s built-in center console display. On the console, they can use Apple Maps, read Messages, make phone calls, and control music… 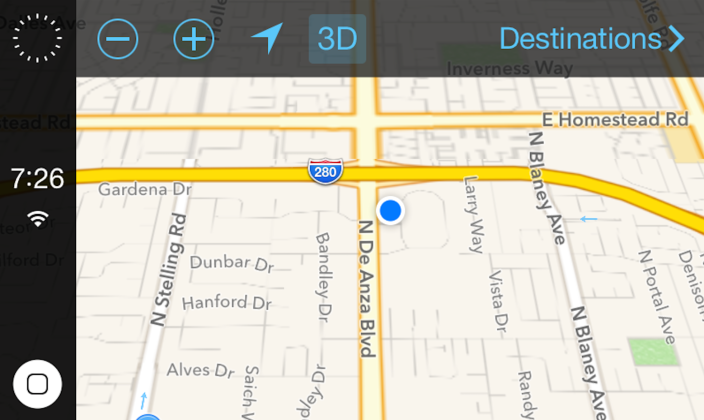 While it seems likely that iOS in the Car will launch alongside iOS 7.1 later this year, references to the feature and functionality has actually been tucked into iOS 7 since the very first beta. We understand that Apple (internally) is able to project iOS onto devices beyond car consoles. That includes TV displays and the Apple TV, opening up the door in the future for features beyond car-integration. 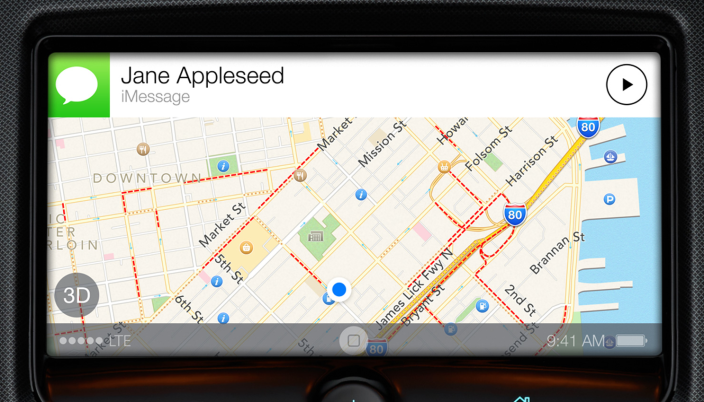 As can be seen in today’s images, Apple is toying with moving the horizontal status bar into the vertical position. This gives Apple more space on the already small car touchscreen consoles.

iOS in the Car will also give the user a standard Safety Warning before using Maps: 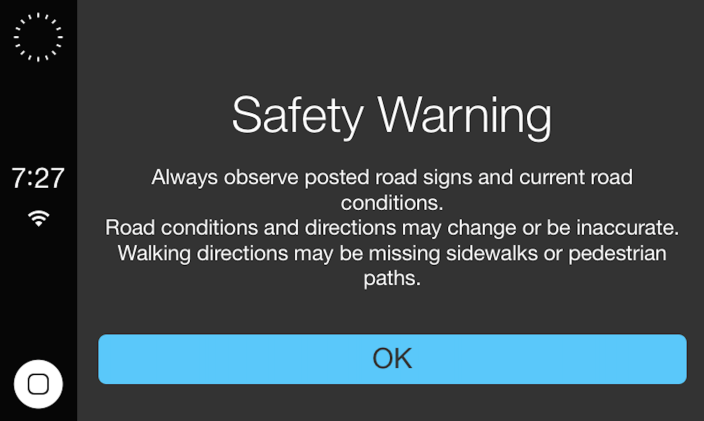 There is also a fairly bland Home screen for apps: 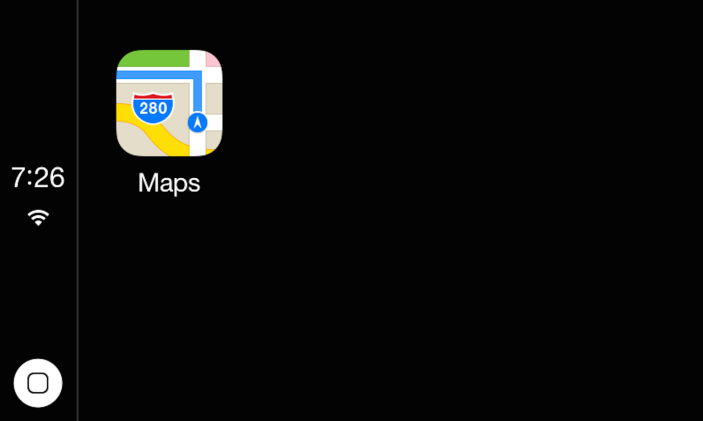 And that screen also looks fairly different from the Home screen demonstrated by Eddy Cue at WWDC: 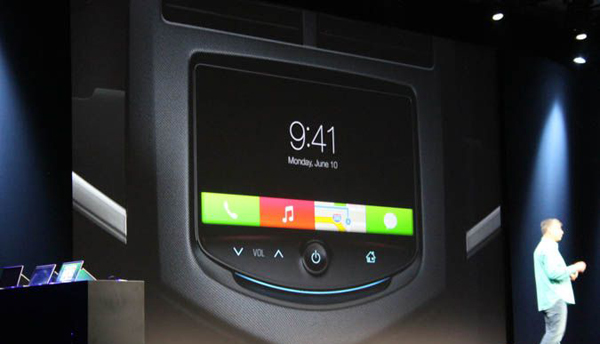 Of course, it’s not certain which interface design Apple will utilize for the shipping product. As with the iOS interface on the iPhone, iPad, and iPod touch, it is unsurprising to see Apple playing with different interface elements for its in-car system as well. Another possibility is that what Apple previously showed is their goal for iOS in the Car’s look, and what we’re seeing today is simply Apple’s work in progress.