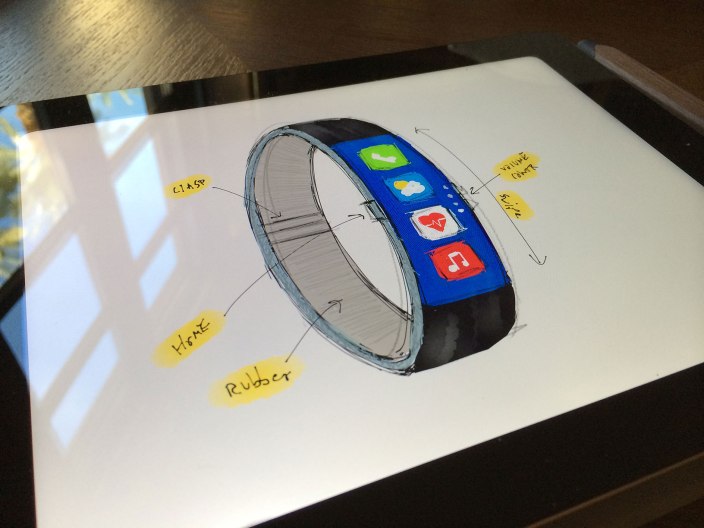 Last October we showed you an impressive iWatch concept based on Nike’s Fuel Band device. The mockup was quite impressive as it appears modern and sleek and mirrors a design Apple could produce, but commenters were quick to point out the orientation of the display wasn’t fit for primetime.

UI designer Todd Hamilton picked up on this and decided to iterate on that concept while solving the orientation problem:

I had some free time over the holidays so I decided to take a stab at the problem and create a more user friendly concept. I wanted to retain a slim form factor like the Fuelband and incorporate familiar UI components from iOS 7. It needed to feel natural on the wrist and look like something Apple would actually produce.

The result is quite nice as it maintains the same function as the previous wearable concept while iterating a step further on usability. Check out a video demo below: