Update: Some users are reporting that after opening a document in iWork for iCloud, that document is unable to be opened in the Mac or iOS versions of iWork.

Apple has just pushed out an update to its iWork for iCloud web apps that brings a redesign for some elements of the three apps and a long list of new features and improvements. Apple has added a new iOS 7-style UI for each app’s template chooser and document library (the first thing you see when launching the apps, pictured above), but when editing a document you’ll still get the old black and grey editor UI for now.

All three apps— Pages, Numbers, and Keynote— get the ability to add passwords and share password protected documents, spreadsheets, or presentations, as well as “improved voice over support for body text and document manager.” You can also now view a list of your documents, spreadsheets, or presentations that others have recently shared with you from a clock icon at the top of each app.

Other improvements in today’s update include new keyboard shortcuts and some highly requested editing features such as rich formatting of text in table cells. A full list of what’s new in each app is below.

After unveiling its revamped iWork applications for OS X, iOS 7 and iCloud last year, Apple responded to complaints about the rebuilt apps by promising to bring back features that had been removed in the redesign within the next few releases. We’d expect to see a redesign of the actual editor for each iCloud iWork app in the near future. 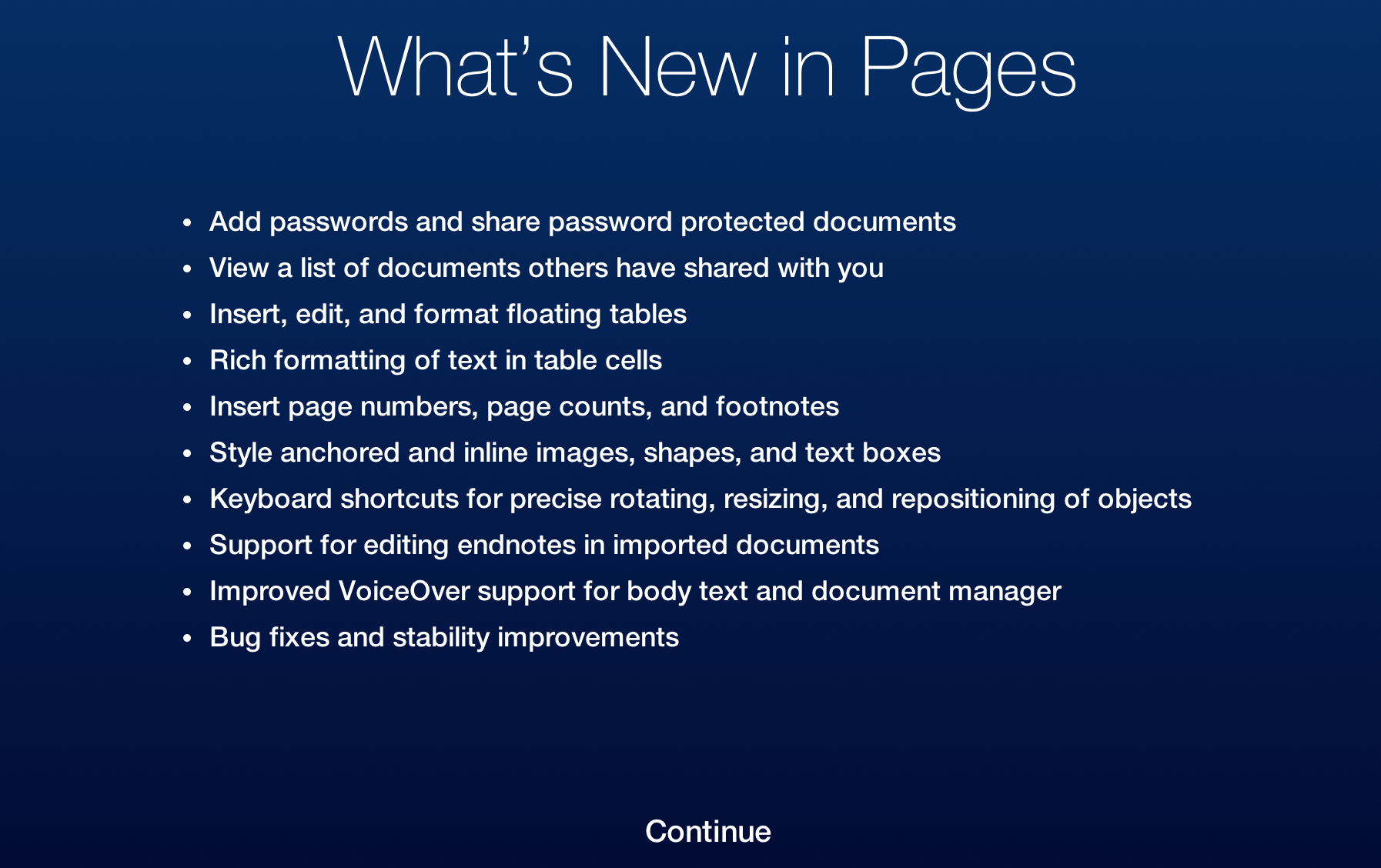 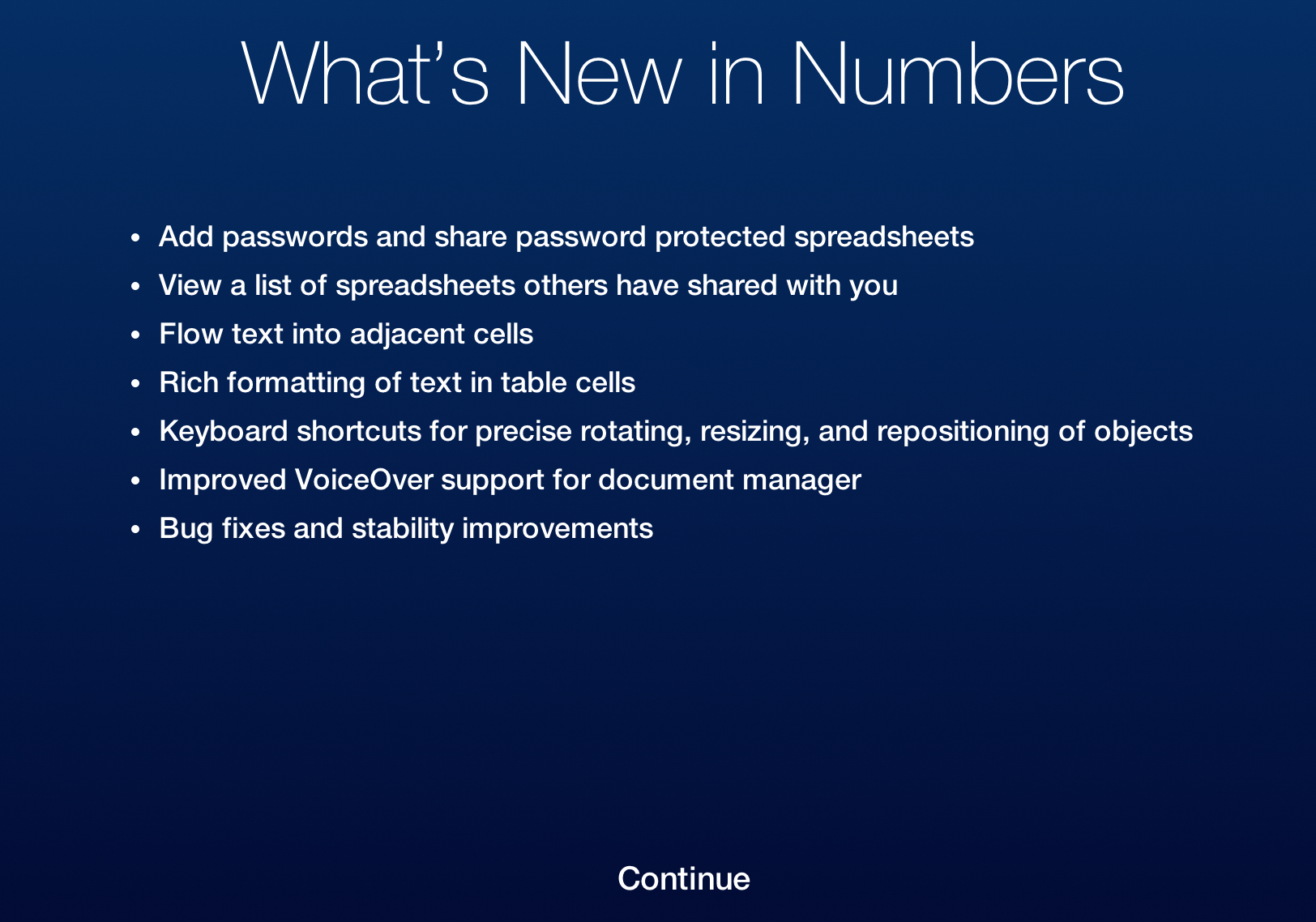 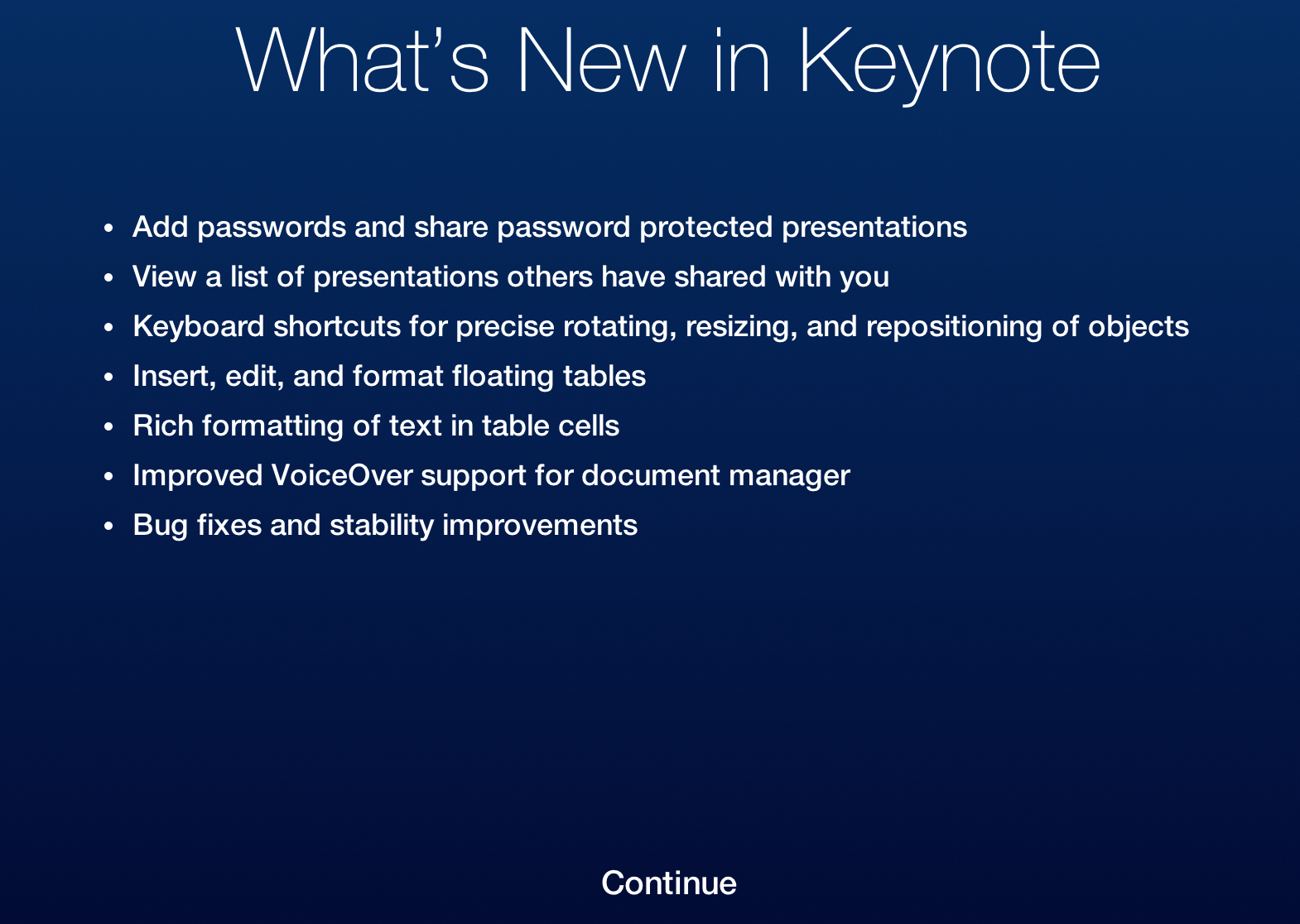