Apple execs discuss 30 years of the Mac, the Surface-style touchscreen approach, and the coexistence of OS X & iOS 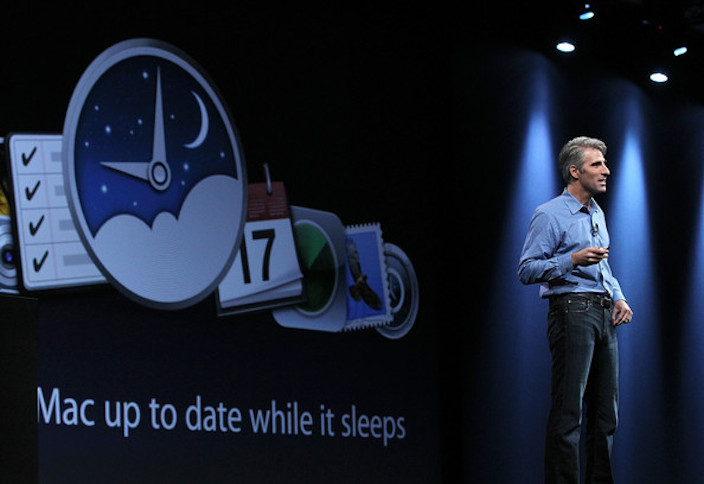 Marking the 30th anniversary since Apple gave us the Mac, Macworld spoke with Apple’s Phil Schiller, Craig Federighi, and Bud Tribble to discuss the Mac in an era dominated by the iPhone and iPad.

The execs looked back at the Mac’s impact on the PC market and its historical significance for the company, and while they acknowledged the success of iOS, insisted the Mac has a permanent place in the hardware lineup. Schiller, Apple’s Senior Vice President of Marketing, even dared to promise the Mac is forever:

“There’s a role for the Mac as far as our eye can see. A role in conjunction with smartphones and tablets, that allows you to make the choice of what you want to use. Our view is, the Mac keeps going forever, because the differences it brings are really valuable.”

Federighi, who leads Apple’s software platforms including both OS X and iOS, discussed the importance of keeping the platforms separate:

“The reason OS X has a different interface than iOS isn’t because one came after the other or because this one’s old and this one’s new,” Federighi said. Instead, it’s because using a mouse and keyboard just isn’t the same as tapping with your finger. “This device,” Federighi said, pointing at a MacBook Air screen, “has been honed over 30 years to be optimal” for keyboards and mice.

Federighi went on to dispel any hopes for a touchscreen-based MacBook or iMac in the near future:

“It’s obvious and easy enough to slap a touchscreen on a piece of hardware, but is that a good experience?” Federighi said. “We believe, no.”

And Schiller emphasized the necessity for tablets, smartphones, and yes, Macs, coexisting (not to mention iCloud’s role in the big picture):

“It’s not an either/or,” Schiller said. “It’s a world where you’re going to have a phone, a tablet, a computer, you don’t have to choose. And so what’s more important is how you seamlessly move between them all … it’s not like this is a laptop person and that’s a tablet person. It doesn’t have to be that way.”

Discussing just how different or similar OS X and iOS should be, Federighi described his approach to balancing unification and distinction:

“You don’t want to say the Mac became less good at being a Mac because someone tried to turn it into iOS. At the same time, you don’t want to feel like iOS was designed by [one] company and Mac was designed by [a different] company, and they’re different for reasons of lack of common vision. We have a common sense of aesthetics, a common set of principles that drive us, and we’re building the best products we can for their unique purposes. So you’ll see them be the same where that makes sense, and you’ll see them be different in those things that are critical to their essence.”

Tribble, a VP of Software Technology who served on the original Mac project, described a presence of common principals behind the first Mac and today’s products while Schiller cited the success of the iPhone and iPad as empowering Apple to take the Mac even further.

When Schiller, Federighi, and Tribble talk about the Mac, they’re referring to an important part of Apple’s strategy. In fact, as Schiller pointed out, in some ways the success of the iPhone and iPad takes some of the pressure off and “gives us the freedom to go even further on the Mac.”

Read the full interview at Macworld.