Carl Icahn adds another $500 million into $AAPL, total now at $3.6 billion and closing in on 1% ownership

Bought another $500mil of $AAPL tday, bringing our total to $3.6 billion. If board doesn’t see AAPL’s ‘no brainer’ value we sure do.

Alongside that announcement, Carl Icahn has taken another shot at Apple’s Board of Directors, saying that the Board does not see the value of Apple’s stock as a “no-brainer.” Yesterday, Icahn also said that Apple is doing a “disservice” to its shareholders in terms of its current, limited share buyback programs.

The Company’s Statement in Opposition to Proposal No. 10

The Board recommends a vote AGAINST Proposal No. 10.

The Board and management team are thoughtfully considering options for returning additional cash to shareholders and are currently seeking input from shareholders as part of the Company’s regular review.

The Company’s success stems from the Company’s unique ability to combine world-class skills in hardware, software and services to deliver innovative products that create new markets and delight hundreds of millions of customers. This success has created tremendous value for the Company’s shareholders.

Icahn has also just published his promised letter to Apple shareholders. Here it is, in full:

$AAPL is currently up today following these announcements from Icahn: 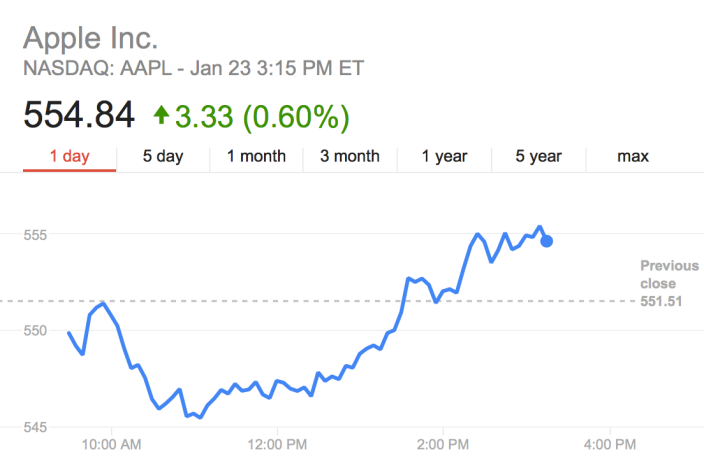