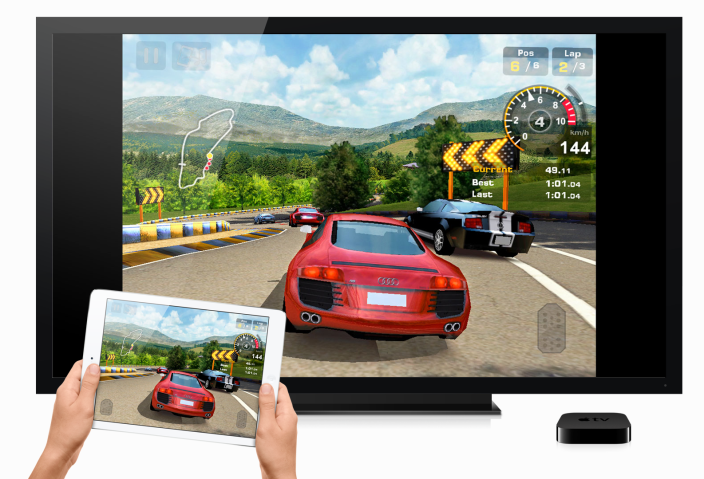 We’ve learned that Apple is making progress on its development of a successor to the current Apple TV and that the device is well into testing. We are led to believe that the new device, which is said to be a set-top box rather than a full-fledged TV set, will likely be introduced in the first half of 2014. We understand that the product will include a revamped operating system that will be based on iOS. Of course, release timeframes with these type of products can quickly change due to the content partners that are involved in such products…

Our sources previously indicated that Apple is experimenting with new input methods for TV-related products such as motion controls, but it is unclear if that Kinect-like interface is in the cards for this year’s Apple TV product. iLounge reported earlier today that Apple is preparing an update to the Apple TV that will add gaming content. We understand that the new Apple TV will include new types of content, leading us to believe that an App Store or a “Game Store” for the device is under consideration. Apple will likely promote this new store with the new hardware, but the company has definitely considered allowing users of the current-generation Apple TV to update to the new software redesign.

We’ve previously profiled Apple’s work on allowing content makers to make channels/apps for the current Apple TV. Apple has been streamlining the development process of Apple TV apps in recent months and making it easier for its partners to build apps for the platform, but its current SDK still only consists of XML templates and guidelines for mostly video streaming apps. Apple senior executives are said to have been against adding a full-fledged App Store experience to the Apple TV, but perhaps those feelings have changed.

While Apple has been developing a new Apple TV strategy for the past few years, issues and legalities connected to establishing partnerships with the television and movie distribution companies may make the Apple TV media content experience not too different from what current and past Apple TV models offer. Speaking to Walter Isaacson, Apple co-founder Steve Jobs appeared to have large ambitions for the television space. But will this next-generation Apple TV be what Jobs dreamed up? Only time will tell.

We’re still digging for more details on this future Apple product, so stay tuned for more information in the coming days and weeks.