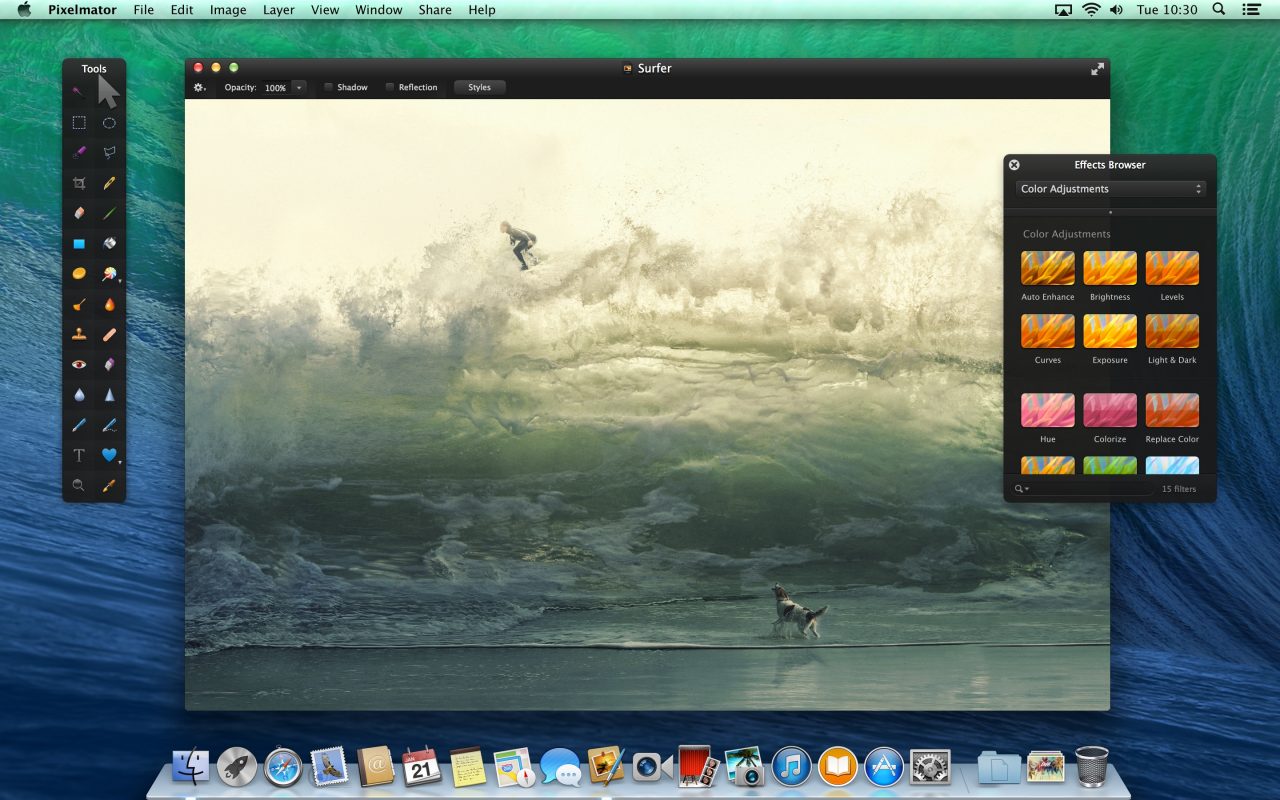 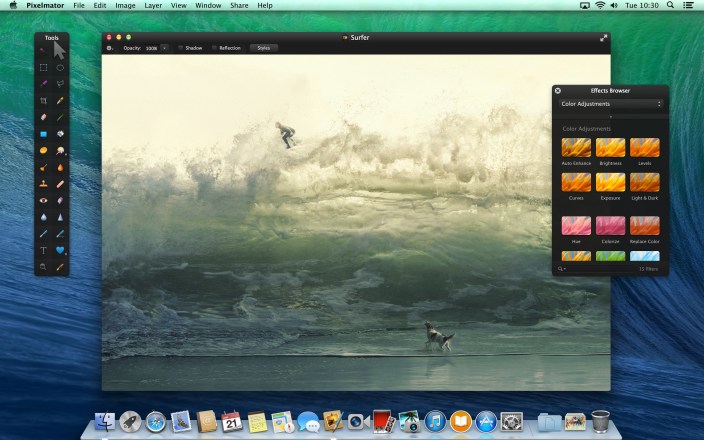 Pixelmator have released the latest version of their app today, version 3.1. As usual, it is available exclusively in the Mac App Store for $29.99. Codenamed Marble, this update brings several enhancements to the image editor including specific Mac Pro optimizations such as 16-bit image support.

Primarily, Pixelmator 3.1 optimises for the new Mac Pro’s hardware. Apple has used Pixelmator before to tout the Mac Pro’s performance benefits, and the developers are clearly keen to push this further still.

The “exclusive” support for the new Mac Pro enables the simultaneous use of both GPU’s  for even faster composition and rendering. In fact, the app can compute the autosave data whilst the image is being rendered. This translates to significant speed improvements across the app.

All of Pixelmator’s operations are able to take advantage of the increased memory bandwidth on the new Mac Pro and the developers have focused on zooming performance, in particular. Specific optimizations have been made for every variant of Xeon CPU the Mac Pro can be purchased with.

The power of the machine also means that Pixelmator have been able to bring 16-bit support image editing to the app for the first time. This enables professionals to work with rich and vibrant 16-bit per channel color images for the first time.

Pixelmator 3.1 also adds integration with MILK to order physical prints of your photos direct from the app. Fine-quality posters, prints, postcards and framed prints can be ordered from within the interface at prices ranging from $15 to $125.

The update also brings a whole slew of smaller enhancements, including improvements to the behaviour of layer styles (originally introduced in version 3) when working with multiple layers at once. Effects that were taken out of Pixelmator (like Mandala, City Lights and Color Hatch) during the transition to a new Effects Browser have been reinstated. RAW file format compatibility has also been improved.

Pixelmator is available in the Mac App Store for $29.99. More information about the app can be found at the developer’s website.