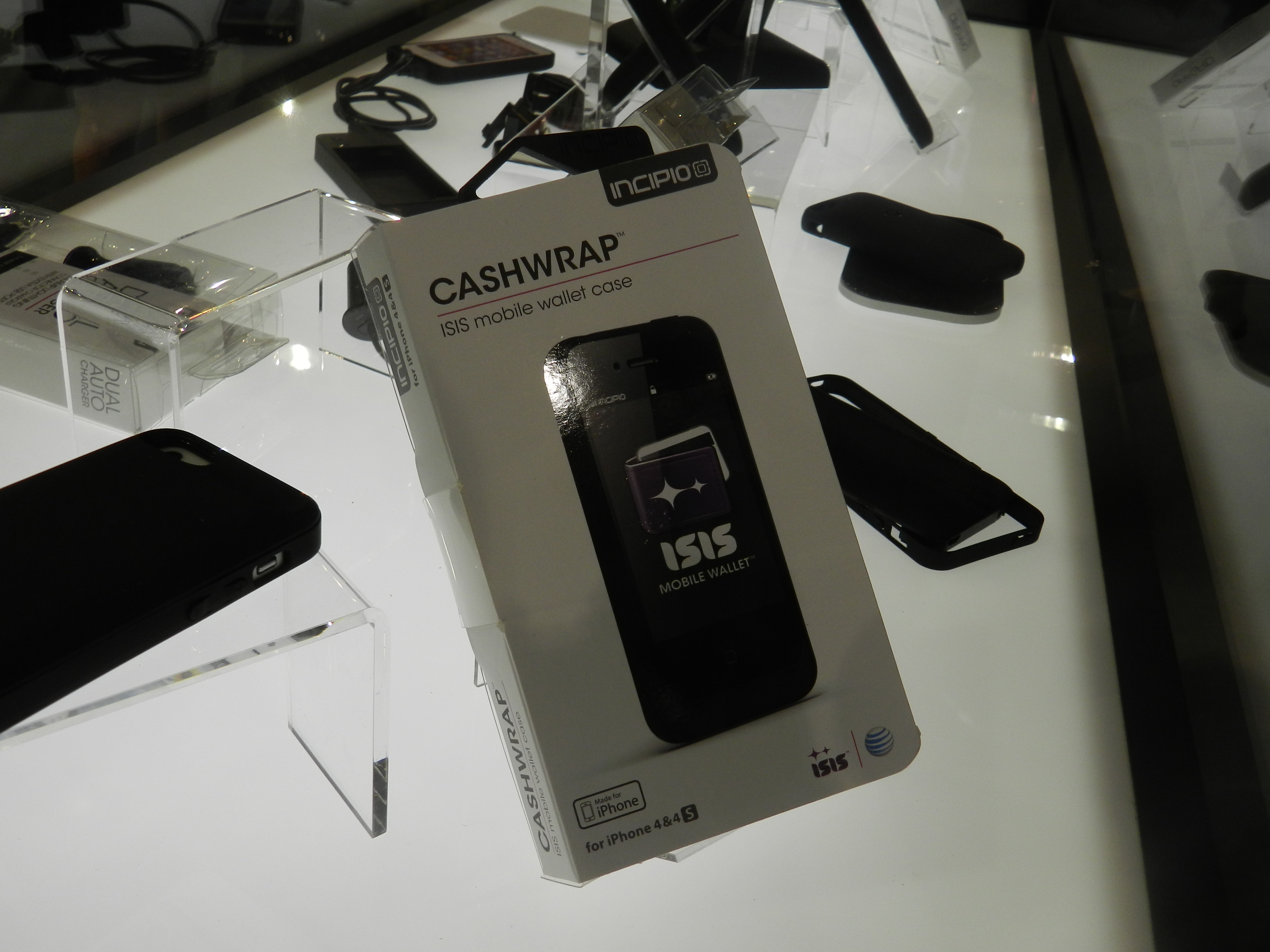 A little over a year ago at CES 2013, we first got a look at a new case from Incipio that would allow iPhone users to take advantage of the NFC-based ISIS mobile wallet service that rolled out back in October 2012 for AT&T, Verizon, and T-Mobile customers. While ISIS is usually restricted to NFC enabled Android devices, Incipio teamed up with AT&T to create a case for iPhone called Cashwrap that builds-in the NFC chip and allows iPhone users to make payments using ISIS. Today the company has finally made things official announcing that The Cashwrap will be available online starting today for $69. It will also land in AT&T retail locations starting January 31.

The service is not only backed by the major wireless carriers as a competitor to Google Wallet and other mobile payment solutions, it also has support from the big credit card companies for contactless payments at over 200,000 locations nationwide. Normally Android devices require a special SIM card and app to use ISIS, but it’s unclear if iPhone users will have to do the same. The press release notes that “payment card information is stored on a DeviceFidelity microSD based secure element platform.”

The Cashwrap is available now for iPhone 4, 4S, 5, and 5s in Black/Black, Pink/Gray and White/Gray.