We heard as far back as April that Apple was planning to build construction mockups for its new “Spaceship” Campus 2 building, but today we’ve found some clear shots of the site showing a model Apple has recently constructed of the building’s exterior. The image above on the left comes from Reddit and was apparently snapped in a parking lot at Tantau Avenue, between Pruneridge and Vallco, just blocks from the site of Apple’s new campus. We also get a better look at the building in the image on the right from a recent report by BizJournals.

In case there was any doubt that this is indeed a mock up of Apple’s new campus, BizJournals also points to a submitted proposal for the 9,000 square foot demo building: 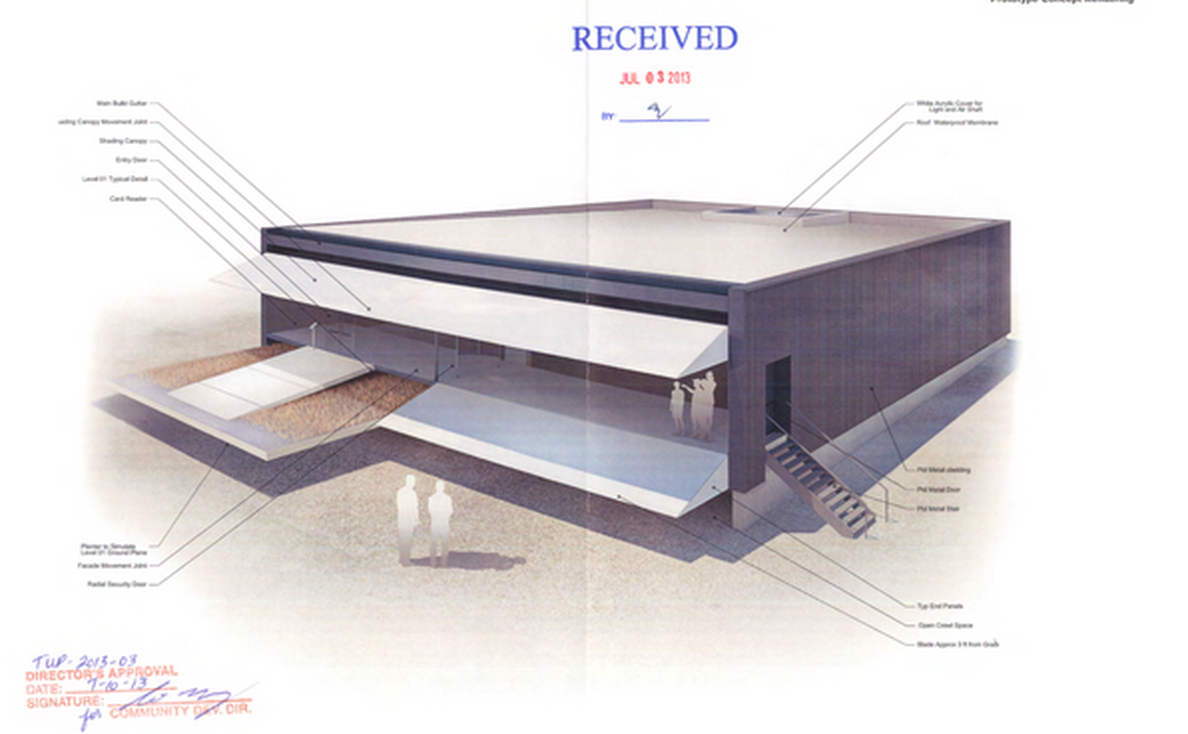 Not much of the curved appearance you see in drawings of Apple’s new campus is visible since the building mock up accounts for such a small section of the massive structure, and it also only depicts one story of Apple’s planned 4-story Campus 2. Apple said in submitted proposals for permits that it will use the building “to test construction methods, tolerances and the visual appearance of precast concrete elements.”

Apple has already started demolition of the Campus 2 site after receiving final approvals from Cupertino officials late last year and expects to complete the first phase of construction by 2016.