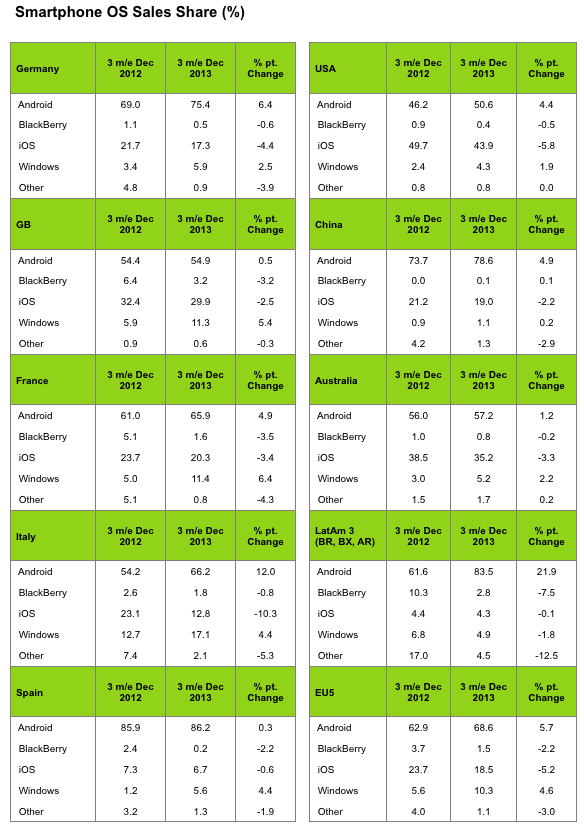 While Android reaching almost 70 percent of smartphone sales across 12 key markets is the headline, with iOS falling to just under 24 percent, it is Samsung feeling the pressure, says Kantar, reporting sales figures for the final quarter of 2013.

After years of accelerated growth, Samsung is now coming under real pressure in most regions, with European share down by 2.2 percentage points to 40.3% and in China its share ended the year flat at 23.7% […]

Apple has lost share in most countries compared with this time last year, but importantly it has held strong shares in key markets including 43.9% in USA, 29.9% in Great Britain and 19.0% in China …

We’ve observed before that overall market share is not a particularly significant metric for Apple. I won’t repeat the points I made in an earlier piece, but the tl;dr version would be this chart: 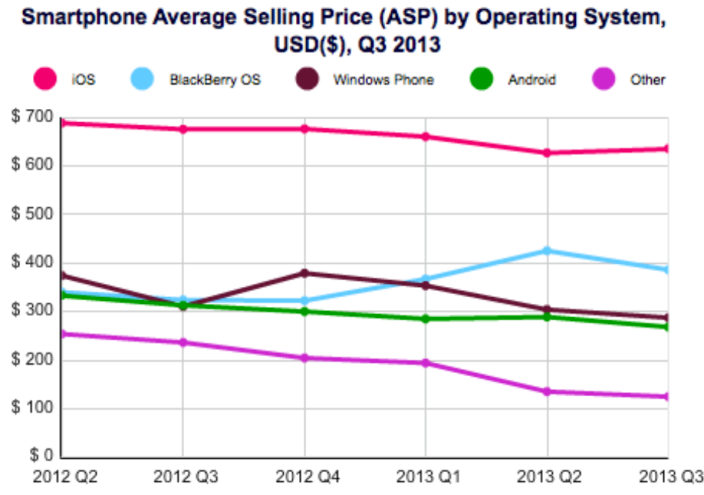 Apple’s focus is on the high-end, and on profits, rather than sales figures and revenue.

Android’s growth has been driven largely by local brands like Xiaomi and Huawei in China. Xiaomi came from nowhere in 2010 to become the market leader by the end of last year. While Apple will be keeping a watchful eye, it is Samsung who has most to fear from greater Android competition, says Kantar.

Samsung recently missed analyst sales estimates, believed due to a combination of increased competition from Apple at the high end and from local manufacturers at the low end.