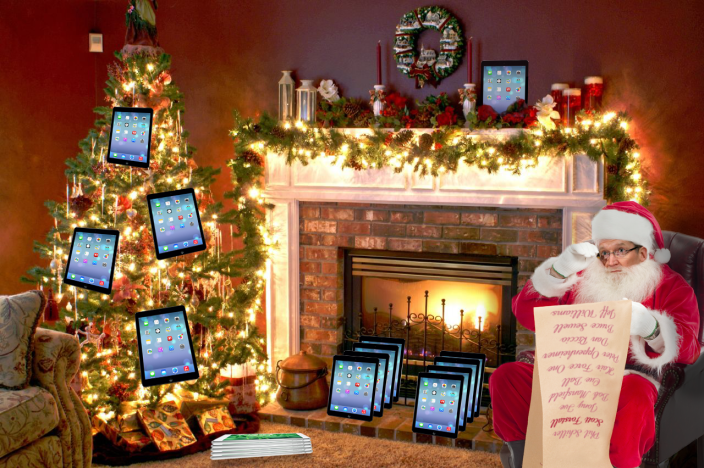 As we mentioned earlier this month, Apple is scheduled to hold a conference call to discuss its earnings and sales figures from the previous quarter it reported today: including 51 million iPhones, 26 million iPads, and 4.8 million Macs. The company also reported $57.6 billion in revenue for the previous quarter. We’ll be listening in on the conference call and updating you on key developments as they play out, so follow along at 5pm EST.

– Oppenheimer praising YOY growth and the revenue number for a technology company.

– 51 million iPhones even though 5s supplies were constrained. Strong iPhone sales in Japan.

– Oppenheimer talking about how the Mac was introduced 30 years ago and has changed the world. “Happy birthday, Mac.”

– Talking about revenue generated by iTunes and other services.

– Oppenheimer talking the success of the App Store worldwide

– Oppenheimer wrapping up with guidance for next quarter.

– Question about China Mobile. Oppenheimer saying that 4G rollout will progress by year end. Tim Cook now on the call, explaining Apple has a really “stellar” quarter in China overall. Cook says last week was best week for iPhone activations in China ever.

– Question about Touch ID and mobile payments expansion. Cook says Apple is “intrigued” by that area and it was a thought amidst the development of Touch ID. Cook calls it a “big opportunity” for the platform.

– Question about iPhone growth compared to the market. Why is iPhone growing slower than the market? What is different about the smartphone market that is not allowing you to hold and gain unit share (Despite claiming to have the “best product”)? Cook reiterates Apple’s objective is always to make the best, not the most products. Cook commenting that Apple launched two new iPhones, not one, last year. Cook says that there is YOY growth over the previous years. Cook says Apple needs to grow a reasonable amount in emerging markets. Cook going over specific YOY growth percentage stats in places like Eastern Europe, Latin America. Cook says mix was toward iPhone 5s over 5c.

– What would define success for iPhone launch in China Mobile? Cook won’t give forecast.

– Question about share buy backs in light of recent media talk about this (Carl Icahn). Cook: “Well, we have been buying back stock.” Cook says Apple is a big believer in buying back the stock.

– Question about innovation at Apple and its cycle. Tim Cook: “Never been stronger, I think our customers are going to love what we do.”

– Question if Apple is happy where it is with the iPhone lineup. Cook: Demand percentage between 5s/5c different than what company originally thought. Cook says if company feels it should make a price change, it will, but it won’t make those changes on an earnings call.

– Question about 5s outselling the 5c. Cook: Touch ID is a major feature that has excited people. That associated with the other features unique to the 5s gave that product higher sales. Cook says Apple “working on things you can’t see yet.”