MyPhotostream is a simple, standalone Mac app for viewing your pictures from Photo Stream without having to open the mammoth of an app that iPhoto has become.

This app removes a major point of friction for me, and I’m guessing I’m not alone. Open iPhoto and it’s loading your image library, checking location data, updating Photo Stream and Shared Photo Streams, and who knows what else. If you’re viewing iPhoto in full-screen (as it best appears in my opinion) and you have a camera or iOS device connected, it will pull you back to a desktop view and take over the screen with a modal import prompt (even if auto-import is disabled); it’s a mess.

MyPhotostream digs your Photo Stream photos out of the mess and presents them in a simple, customizable grid view.

You can open a photo within the app to view it larger or drag it to your desktop or other apps to pull it out of Photo Stream. Thumbnail size varies between three preset options and the window view can go full-screen.

Feature-wise, the app includes a number of built-in sharing options to services supported by OS X including Facebook, Twitter, Flickr, and more. You can also open photos in compatible apps like Pixelmator, Day One, Ember, and more. 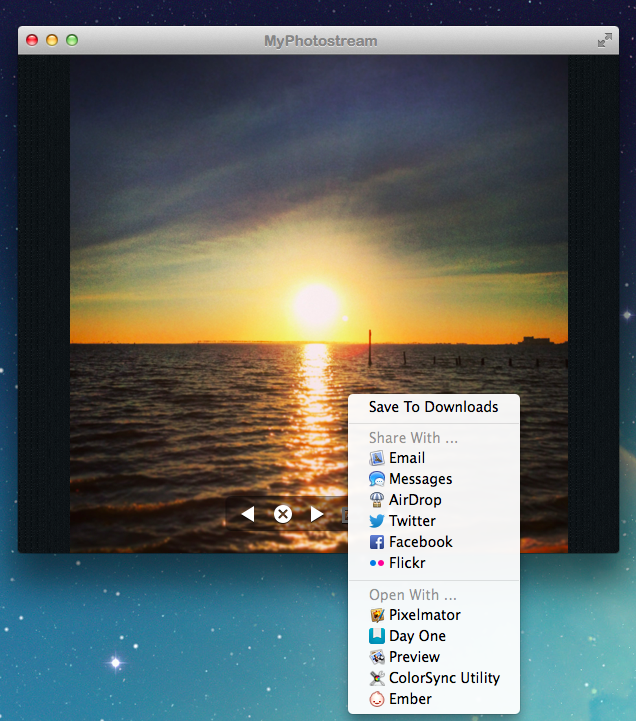 Probably the most useful thing about MyPhotostream for me is being able to take a quick screenshot on my iPhone or iPad and see it appear almost instantly in the app.

MyPhotostream solves enough problems at once for me that it’s found a permanent place on the dock of both my Macs.

While the app requires either iPhoto or Aperture libraries to work (and for Photo Stream to have been active before), it worked just the same with Photo Stream unchecked in iPhoto and doesn’t require iPhoto to be open. This allows me actively use Photo Stream throughout the day without iPhoto taking up resources. 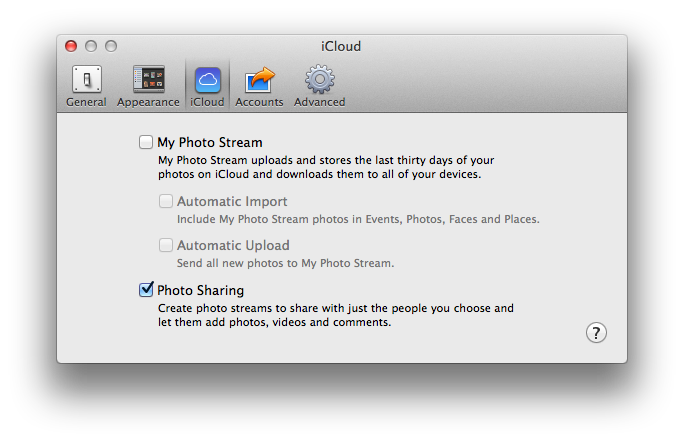 I have Photo Stream unchecked, and MyPhotostream works perfectly.

Until OS X updates Messages and Finder with proper Photo Stream integration and iPhoto loses the bloat, MyPhotostream will be especially valuable to me and my workflow. 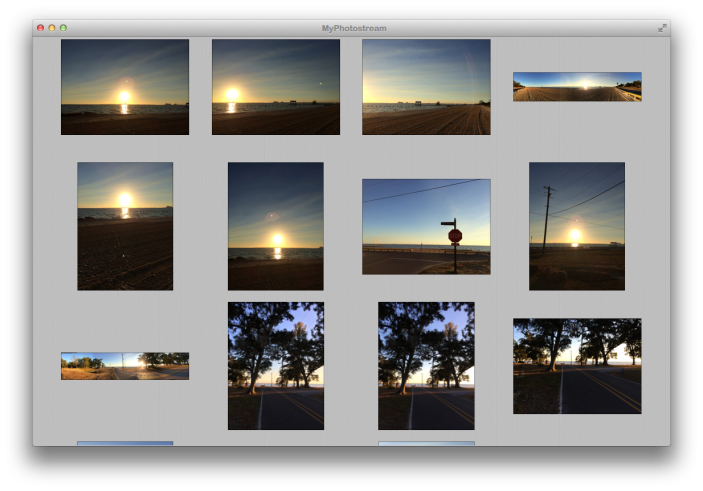 You can try MyPhotostream for Mac for 7 days, and it’s only $3.99 if you want to keep it around.