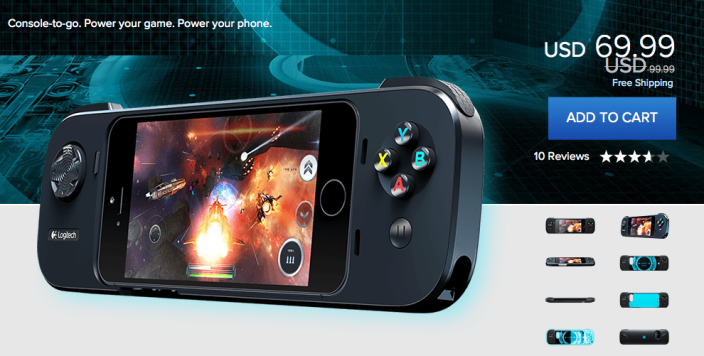 It appears that lukewarm reviews and less-than-stellar demand is creating fierce competition amongst early-entrants into the MFi game controller space. Just last week SteelSeries knocked $20 off its Stratus controller, and now Logitech is going even further and slashing $30 off its PowerShell controller. The news follows our in-depth look at the MFi game controller program where we talked to companies about complaints over pricing and the less than stellar reviews of the controllers.

Despite the well-documented shortcomings of the PowerShell, we didn’t hesitate to recommend it for casual gamers. The deal is only scheduled to last until February 1st, but something tells us other discounts and promotions can’t be too far off.