In November of last year, Apple announced that it would be opening up a new manufacturing plant in Mesa, Arizona. Since that time, little information has come out about the plant except that it would be utilized to manufacture sapphire crystal for future Apple devices. The plant will be operated by Apple in tandem with GT Advanced Technologies. Earlier this year, we learned via (now removed) Apple job listings that the plant would involve components for future iPhone and iPod product lines.

Now, we have tracked down documents (with the help of analyst Matt Margolis) showing correspondence between U.S. Foreign Trade Zone officials and Apple’s Deputy Director of Global Trade Compliance. The documents were made public today by the Foreign Trade Zones Board. The papers indicate the materials Apple will utilize to manufacture sapphire, share details about Apple’s “aggressive” plan to take the facility live, and provide a description of how the sapphire will be used in future Apple products… 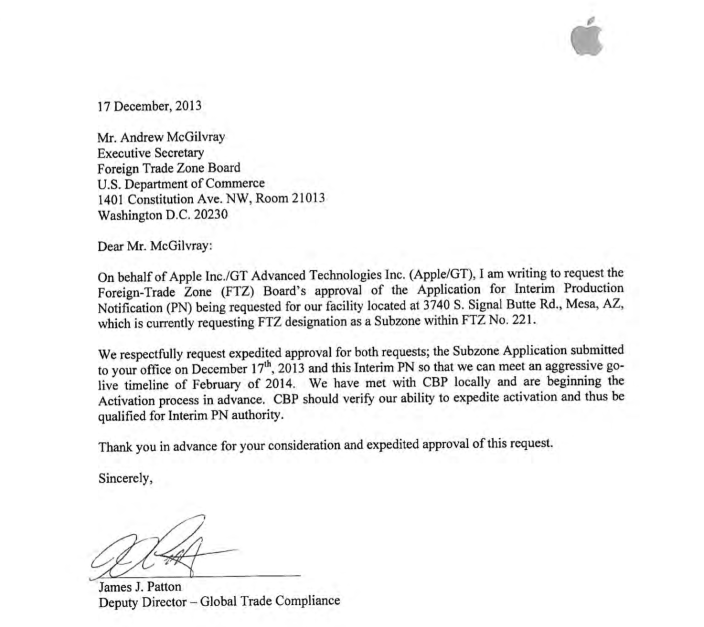 While Apple CEO Tim Cook declined to tell ABC News when the factory would begin preparing sapphire glass components, these new documents reveal that Apple plans to take the plant live in February (next month). Interestingly, Apple’s James J. Patton describes the goal of meeting a February go-live timeline as “aggressive.” A February launch for the plant would indicate that Apple will begin producing sapphire for integration with Apple products as soon as later this year.

Speculation on how Apple will use this sapphire has ranged from displays for future iPhones, solar panels, and all the way to glass for future Apple wearable devices. Other possibilities include sapphire production for the existing Touch ID iPhone Home button and iPhone/iPod touch camera lens covers. But Apple’s explanation makes the sapphire crystal sound even more interesting than covers for buttons and camera lenses (emphasis ours):

Project Cascade will conduct high-tech manufacturing of intermediate goods/components for consumer electronics. All finished components will be exported. This high-tech manufacturing process will create a critical new sub-component of Apple Products to be used in the manufacture of the consumer electronics that will be imported and then sold globally. By pulling this process into the U.S., Apple will be using cutting edge, new technology to enhance and improve the consumer products, making them best in class per product type.

Apple’s definition of a “critical new sub-component” is obviously vague, but the word “new” likely indicates that this is for a component never used in previous Apple products. Combined with reports from earlier this week of Apple and Foxconn conducting test runs of sapphire iPhone displays, it seems plausible that a purpose of the Mesa, Arizona plant is to actually produce the sapphire screens.

Sapphire-covered iPhone screens would make the smartphones less susceptible to screen scratches, and this could improve the overall user experience of owning an iPhone. Apple has patented a method of doing this, and it would not be a stretch to assume that similar sapphire screen technologies could make their way to other Apple devices such as iPads, iPods, and even… iWatches.

The documents also list some of the other components to be used at the Mesa facility (shown above). On the list: diamond cutting wire and alumina block. Alumina block and the heating equipment are components for manufacturing the actual sapphire crystal material. Diamond cutting wire has been utilized in manufacturing components of current Apple products, such as the bezels of the iPhone 5/5s, iPad Air/Mini, and, most recently, the Mac Pro. 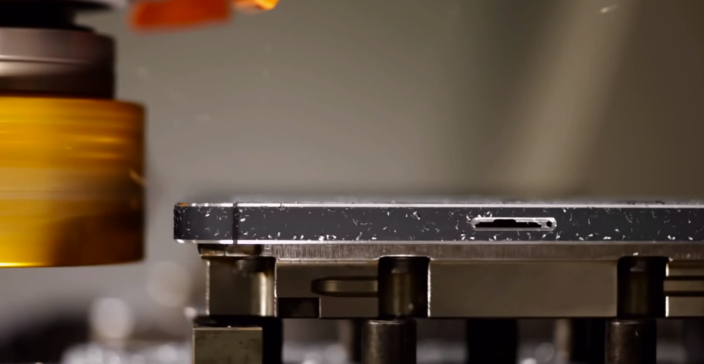 The fact that this facility has diamond cutting wire is also interesting in light of the earlier mentioned job listings referring to this plant involving the design and engineering of iPhones and iPods. 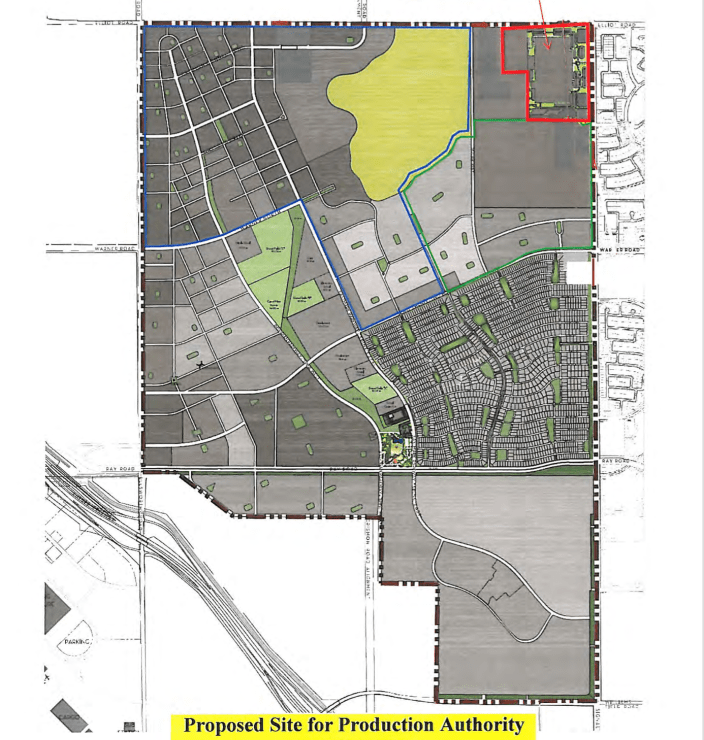 The document also includes a map of the plant (shown above). We’ve previously posted spy shots of the construction of the plant. This map does not bring us many new pieces of information, but it is interesting to see the scope of the facility.