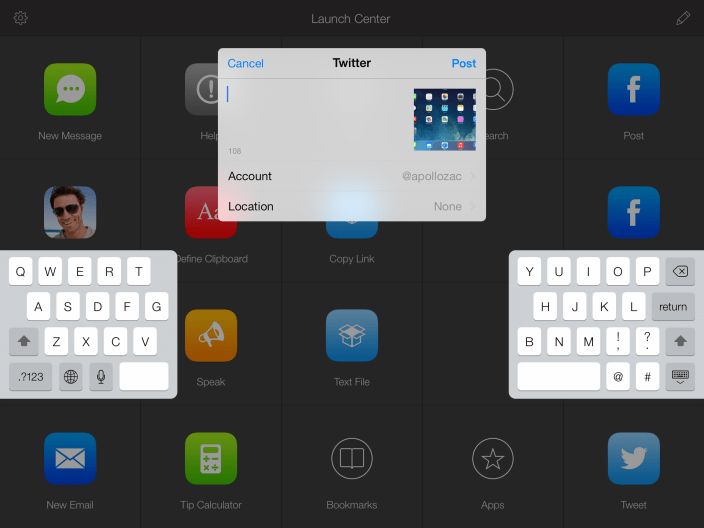 The app takes advantage of the iPad’s larger canvas by offering a larger grid for building actions and groups.

Like version 2 of the iPhone app, Launch Center Pro features Dropbox integration for backing up the board you build. If you’re an iPhone Launch Center Pro user, you can even bring over your complete board from iPhone and build on top of that.

However, the iPhone and iPad app catalog differs enough that it’s probably better to start from scratch and see how Launch Center Pro can work for you on the iPad.

Luckily, the default set of actions features a number of really creative and useful functions like an advanced tip calculator and lots of photo sharing actions.

Contrast seems to be getting better and better at knowing what to include out of the box, which is great as it helps ease the learning curve with the action launching app.

The gap between native iPhone apps and native iPad apps can effect the user experience to a degree as many great apps go iPhone first (LCP not excluded), but that catalogue of apps is continuously growing, of course, and Launch Center Pro plugs into scaled-up iPhone apps as you would expect. 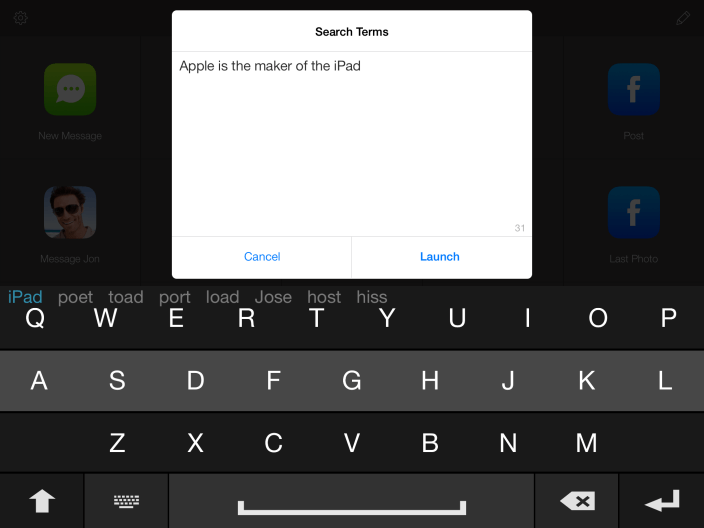 It’s also a great way to check out alternative keyboards on iOS as LCP can take advantage of the Fleksy keyboard (shown above). For more on what Launch Center Pro can do, peek back at my review from October.

Launch Center Pro for iPad is a separate app and on sale for $4.99 for a limited time on the App Store.