Tired of waiting for Apple to upgrade the Mac mini to Haswell? Make your own … 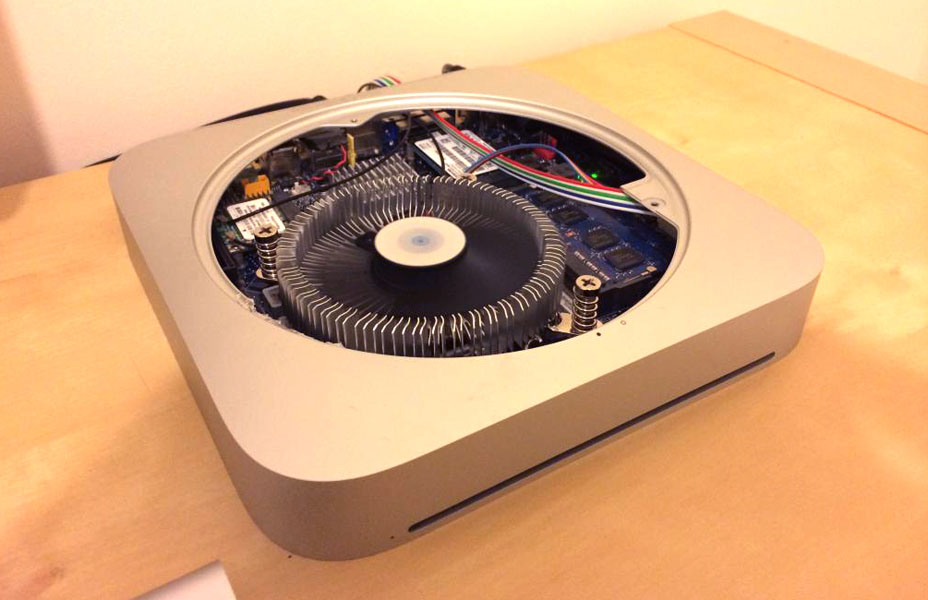 If you’ve decided you’ve waited long enough for Apple to update the Mac mini with a Haswell processor, you can always create a Hac mini.

A user posting on the Hacintosh site tonymacx86.com has documented his successful squeezing of an Intel DH61AG motherboard with i3-3225 CPU (55w TDP), 4GB Ram, 128GB mSATA SSD, half mini PCIe Wifi and an external Dell laptop power supply into a 2010 Mac mini case …

The contributor, posting as leigh103, reports that it works with Mavericks, but so far without sound (big deal!). The heatsink protrudes from the bottom of the case, but this can’t be seen in use. 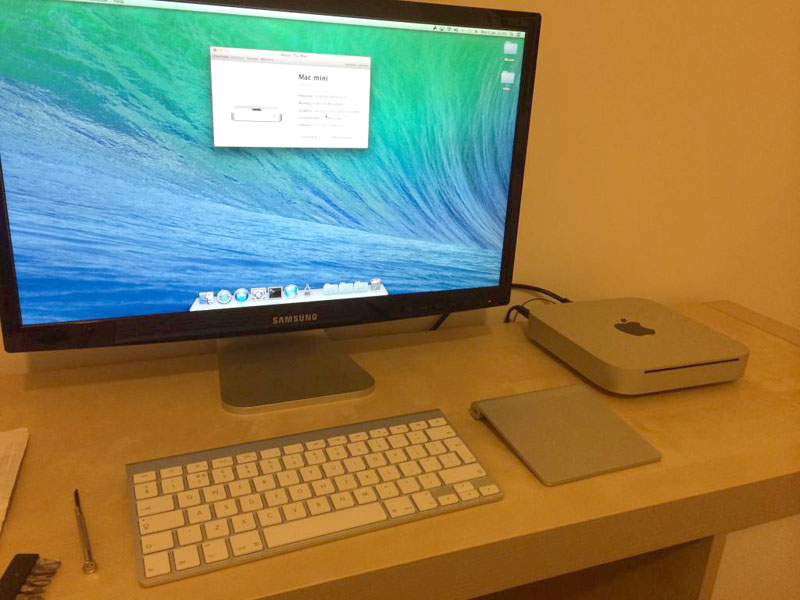 Ok, so to sum up … this is a great case for this board. Fits well, the ports at the back look like they should be there and overall it does feel more like an Apple product than any Hacintosh I’ve used.

It’s not the first time this has been done, but the detailed photos and descriptions are likely to prove helpful to anyone wanting to create their own.