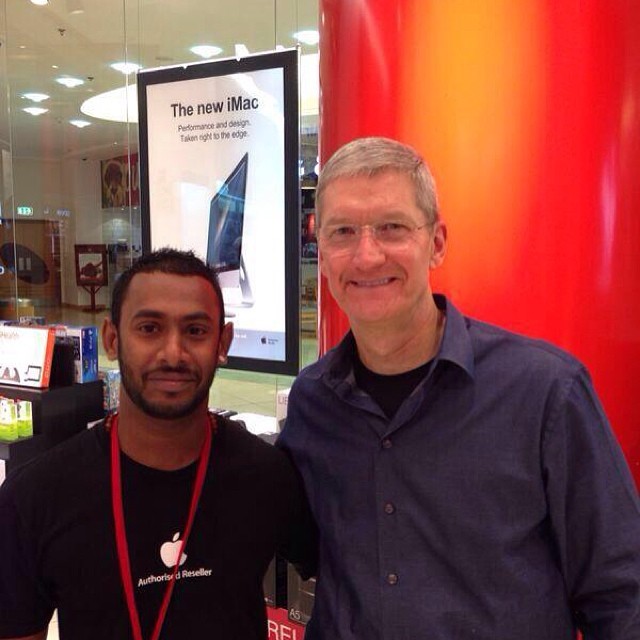 Apple CEO Tim Cook was spotted at several electronics outlets in the United Arab Emirates this week, starting with the Virgin Megastore at Al Wahda Mall, according to the store’s Facebook page. He also visited the Jacky’s electronics store at the Dubai Mall.

Both stores are Apple resellers, so perhaps Cook is simply checking up on Apple’s representation in the country. Some have speculated that he could be scouting locations for an official Apple outlet in one of these malls.

It’s also possible Cook is in the UAE to discuss Apple’s involvement in the upcoming Gulf Photo Plus photography festival, for which Apple is a sponsor this year. That doesn’t seem extremely likely, however, given that the festival is over a month away.