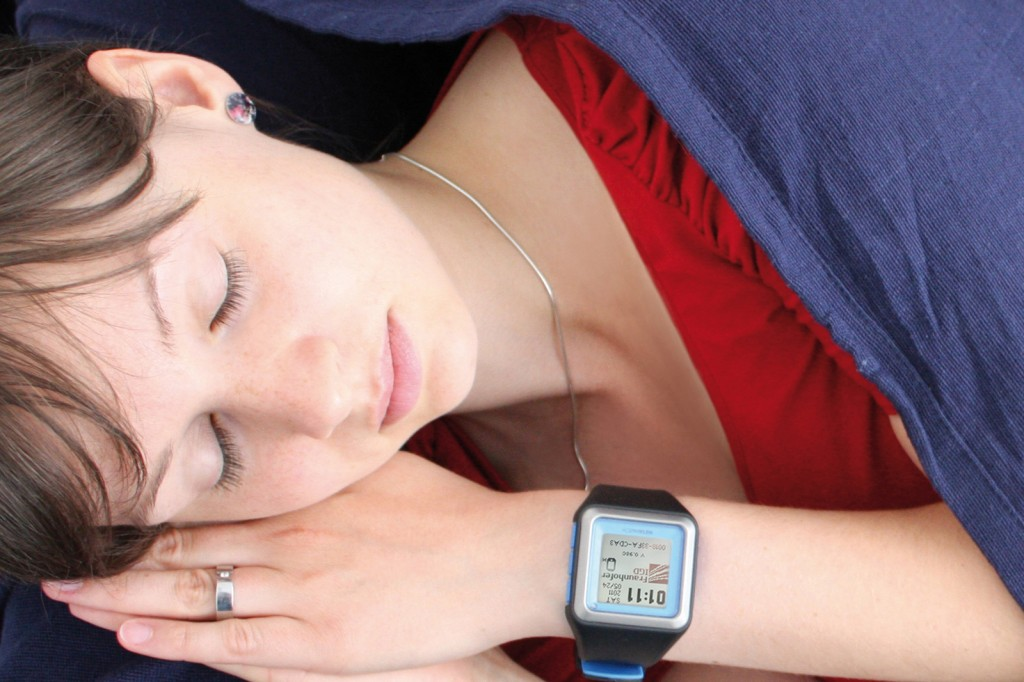 Joining a longlist of Apple executives and new hires thought to be working on Apple’s highly anticipated iWatch project, the company has recently picked up Roy J.E.M Raymann from Philips Research, an expert on sleep research with extensive experience in wearables, sensors, and non-pharmacological methods of improving sleep quality. The possibilities here are absolutely fascinating…

Before joining Apple, Raymann served as a senior scientist at Philips Research working as a lead on various sleep related research projects. He founded the Philips Sleep Experience Laboratory, a non-clinical sleep research facility, and also lead projects researching various aspects of sleep and activity monitoring through the Philips’

Consumer Lifestyle Sleep Research Program and the company’s Brain, Body, and Behavior group. Raymann’s research covers many projects related to monitoring and modulating sleep patterns through non-medical means. For example, he has written extensively on “mild skin warming” as a non-pharmacological method of altering “sleep-pressure, sleep quality and alertness.” He also has extensive experience in researching wearable sensors and miniaturization of sensors related to tracking sleep and alertness activity.

Philips Research confirmed “that as of January 1 Roy has left the company,” but wouldn’t confirm or deny if he left for a position at Apple.

Tracking sleep patterns is one area that has been a focus for some of the popular fitness tracking products on the market such as the FitBit and could be one feature Apple attempts to incorporate into iWatch. The FitBit products, for example, are capable of tracking movements to provide data on sleep patterns and calculate sleep efficiency. It also offers the ability to silently wake the user through vibrations without disturbing others. There are also a number of third-party iPhone connected devices and apps designed to improve and track sleeping habits.

In addition to leaving his position at Philips Research, Raymann left his role at the Dutch Society for Sleep-Wake Research in December after three years as a member of the scientific committee at the organization, according to his LinkedIn page. We previously reported that Apple had hired other workers for the iWatch team from various companies that specialize in devices that could analyze sleep patterns.

We reported as far back as July of last year that Apple had begun assembling a team of sensor and fitness experts to work under key Apple executives on its much rumored wearables project. Since, has Apple continued to hire other experts from medical and fitness fields with experience in everything from sensor-packed medical monitoring devices to biomedical technologies, glucose sensors, and general fitness devices.

Most recently we reported Apple is developing an app codenamed “Healthbook” that would be capable of tracking fitness related statistics and monitoring vital signs like blood pressure, heart rate, hydration levels and more.

Mark Gurman contributed to this report