One of the complaints about Apple’s new MFi game controllers has been the lack of an App Store section that lists games updated with support. Some of the manufacturers are maintaining lists of their own online, but it would be nice to be able to browse the App Store and easily find games that work with the controllers. That’s why I’m pleased about a new app called Phonejoy that offers a slick UI to browse around 100 iOS 7 games and counting that are compatible with the MFi game controllers. It’s also listing games that support the popular iCade controllers and other gamepads released before Apple’s new MFi program.

Over the last month we’ve seen the first few Apple authorized game controllers released by manufacturers through Apple’s new MFi program hitting the market. While the program’s aim to implement a standardized controller framework brings a lot of potential for gaming on iOS, we’ve covered in detail how the first few controllers have had a bit of a rough start. On top of lack of support from developers and users not being able to easily find content, consumers also rebelled against the $99 price point leading several manufacturers to drop launch prices as low as $70. 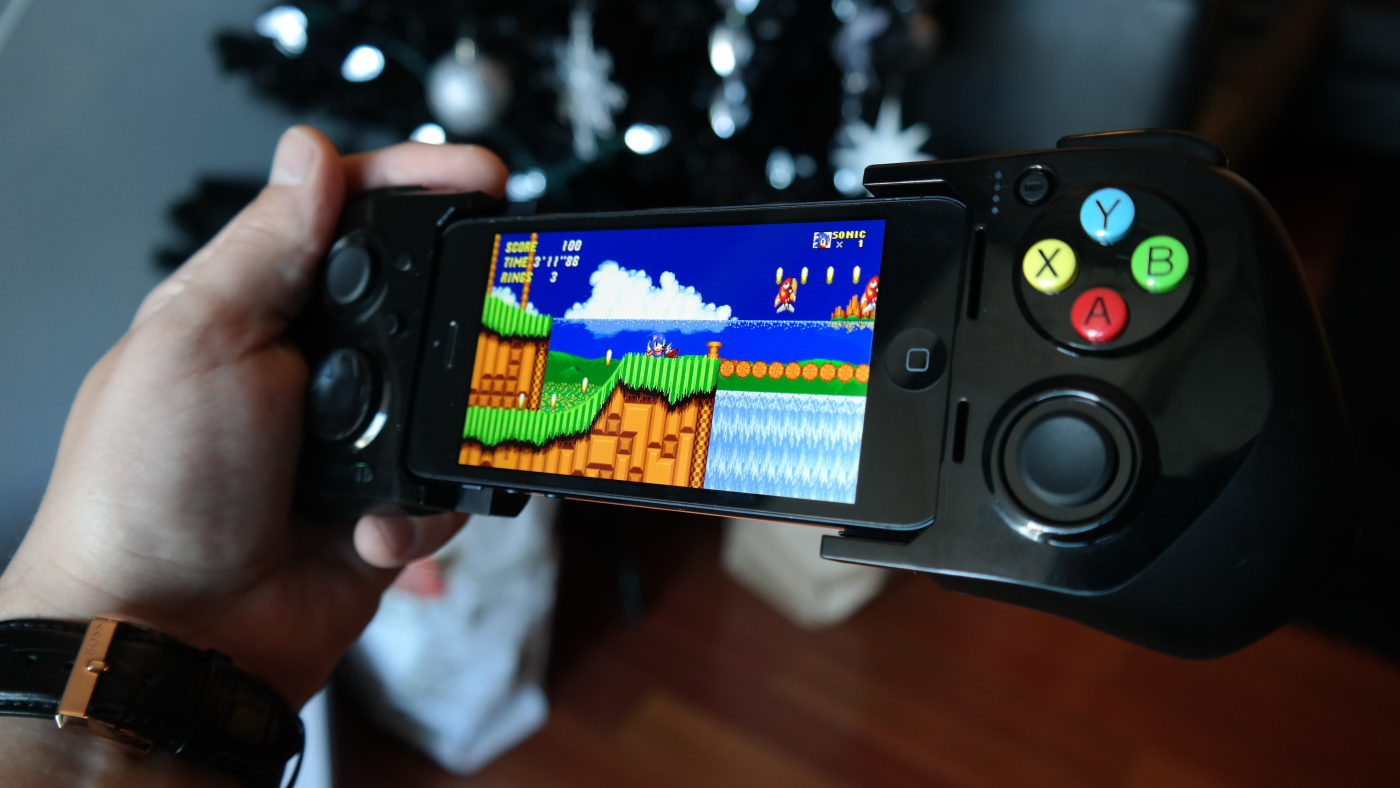 We’ve covered some of the issues with Apple’s new MFi game controller program and also reviewed the first few to hit the market from Logitech, Moga, and SteelSeries.

The Phonejoy app is available on the App Store for free now and the company also has a Kickstarter project for its own controller that it plans to ship in March.

MFi is short for Made for iPhone, iPad, and iPod and is Apple's licensing program for developers and manufacturers to make sure accessories work properly with Apple's mobile devices.