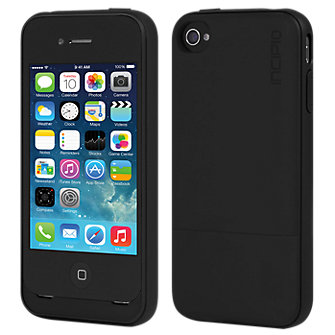 First launched by AT&T at the end of last month, Verizon announced today that it too will be selling Incipio’s Cashwrap iPhone case that builds in an NFC chip for using the ISIS mobile wallet service. The Google Wallet competitor was previously only available to Android users and is backed by a number of major mobile carriers and credit card companies. It’s supported at around 200k contactless payment locations in the US so far and, like Google’s Wallet app, also supports loyalty reward programs. To go with the case, the ISIS Mobile Wallet for Verizon app is also now available on the App Store.

The Incipio Cashwrap ($69) is available now through Verizon for iPhone 4, 4S, 5, and 5s in Black and requires the ISIS mobile app for Verizon from the App Store. It’s also available in several other colors for the same price through AT&T.