Chart shows how much of your iPhone is actually display 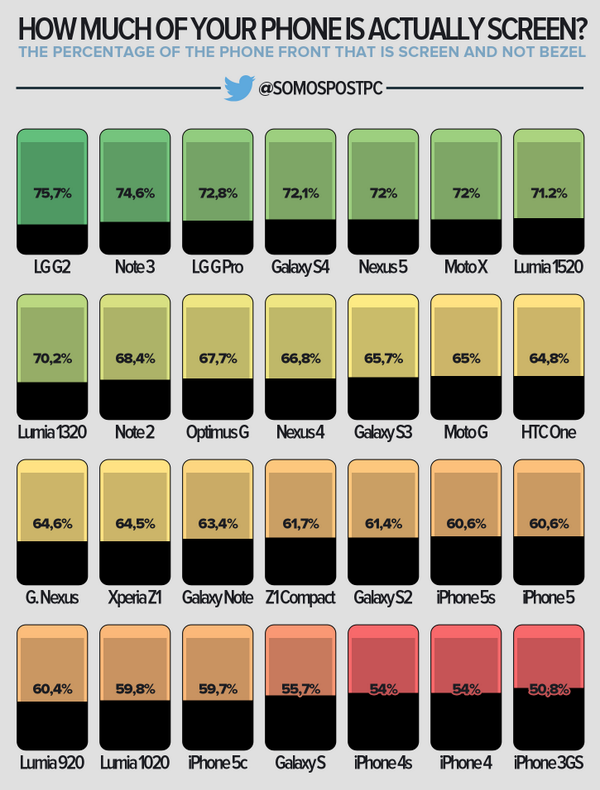 Have you ever wondered how much of your phone is actually screen? That is, how much of your phone is usable screen real estate in relation to the overall size the device? The chart above from @somospostpc shows you exactly that for some of the most popular devices from LG, Samsung, HTC, Nokia, Motorola and Apple. The LG G2 comes out on top at 75.7% display compared to 60% and below for the current lineup of iPhones.

Apple is at a disadvantage because of the home button/Touch ID  rather than the on screen buttons of Android. Also, the iPhone is symmetric meaning the same big bezel on the bottom is needed at the top so that the screen sits in the exact middle of the phone.

If the rumors are true, we could start to see manufacturers try to increase screen real estate by eliminating even more of the bezel. In Apple’s case, that would likely require eliminating the home button and moving the TouchID sensor under the glass.