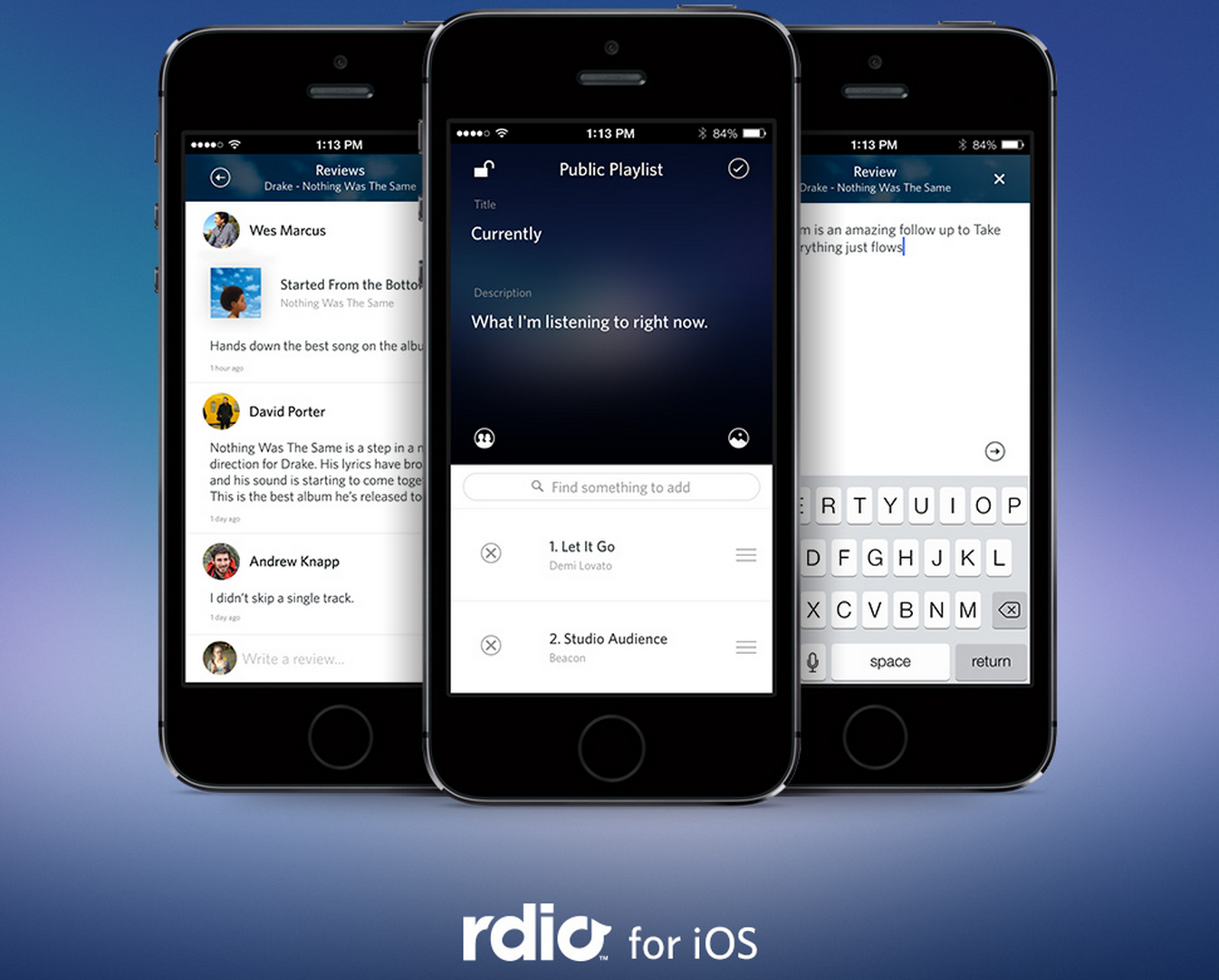 Now, you can update your playlists from your iPhone or iPod touch — in addition to creating playlists and adding new tracks, you can now remove and rearrange tracks until you’ve made the best playlist ever (or it’s dethroned by your next playlist, of course). You can also customize the playlist artwork, change its visibility and collaboration settings, and more.

The new Rdio app also includes reviews for albums and playlists from both users and critics. Not only will you now be able to write your own album and playlist reviews from within the app, you’ll also be able to browse reviews from critics in addition to reviews written by other users.

Rdio notes in its blog post that it has “also made tweaks to the app’s design, user interface, and overall performance.”

The updated Rdio app for iPhone and iPad is available on the App Store for free.