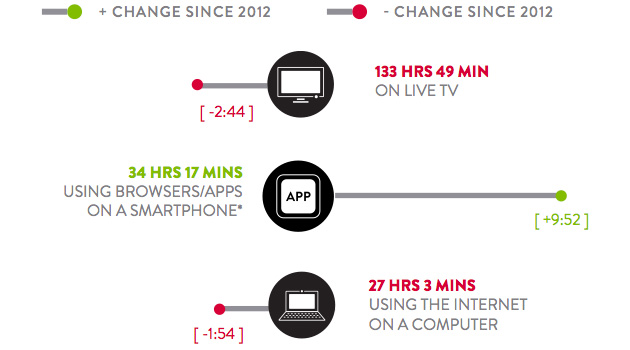 According to new data from Nielsen, Americans now spend more time using mobile web and apps on their smartphones than they do online on their PCs, reports Engadget.

That shift toward mobile is affecting how many spend their free time. Americans spent an average of 34 hours per month using mobile apps and browsers in 2013; that’s more time than they spent online with their PCs, which chewed up 27 hours …

The figures show that almost two-thirds of Americans now own a smartphone, at 65 percent, up from just 44 percent two years ago – with the average American owning four ‘digital devices,’ which include TVs, computers, tablets and smartphones.