A report by mobile enterprise specialist Good Technology shows that while iOS devices may be falling behind in overall market share, they are the devices of choice in the enterprise market.

The report also broke the numbers down by smartphones and tablets … 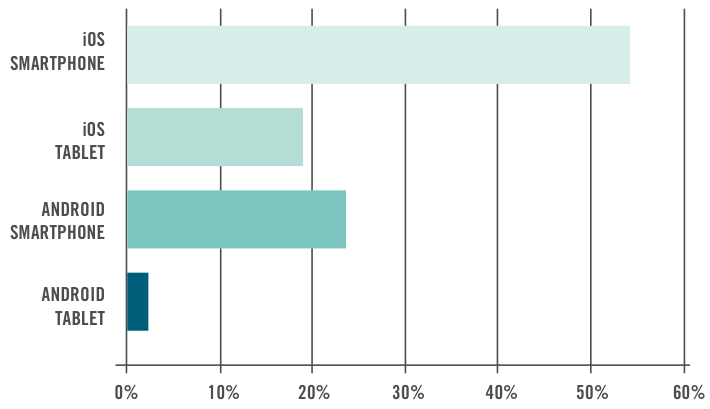 Good’s numbers don’t give a completely accurate picture of the market as they exclude Blackberry, which is still present in significant numbers in the corporate sector, even though new activations will be very low, and Good’s customer base excludes those using Google Apps, and thus will tend to under-estimate Android usage.

The overall numbers, though, are broadly in line with those recently cited by Tim Cook, who described Apple’s success in the enterprise market as “unbelievable” and promised more to come.