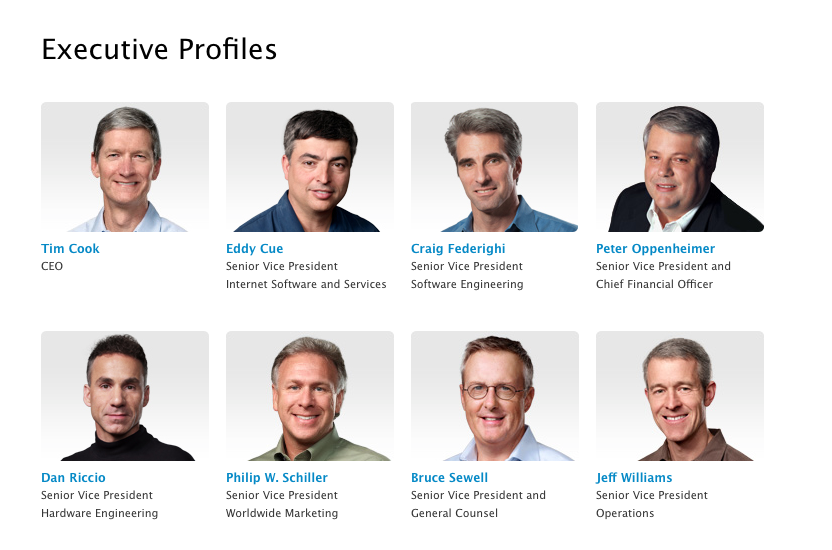 Early Monday morning, Jonathan Ive, Apple’s VP of design, disappeared from the list of executives on Apple’s website. While this type of thing has usually only happened when an executive left the company, there’s no reason to believe this is more than a website glitch at this point.

In the past whenever someone has been removed from the list, his accompanying personal page was also deleted. For example, the link to Scott Forstall’s bio now leads to an error page. Ive’s, on the other hand, is still up and running. Apple would also likely issue a press release if such a high-ranking member of its team was suddenly out.

As 9to5Mac previously reported, Ive was the only member of Apple’s executive staff that was not listed as reciving a big stock bonus on a 2011 SEC filing, though SEC regulations don’t actually require Ive to be listed due to his position at Apple. It’s possible the page is only listing executives who are also officers within the company.

The UK version of the page still lists Ive as Senior VP of Design.

Ive was also the only person on the page not smiling, so maybe in his quest for uniformity, he decided that he needed a new photo to match the unified theme.

Update 2: Apple PR commented on the occurrence to Recode.net:

Apparently, it was a “technical glitch” when the page was being updated. Said a spokesperson: “It’s up now, no big deal.”