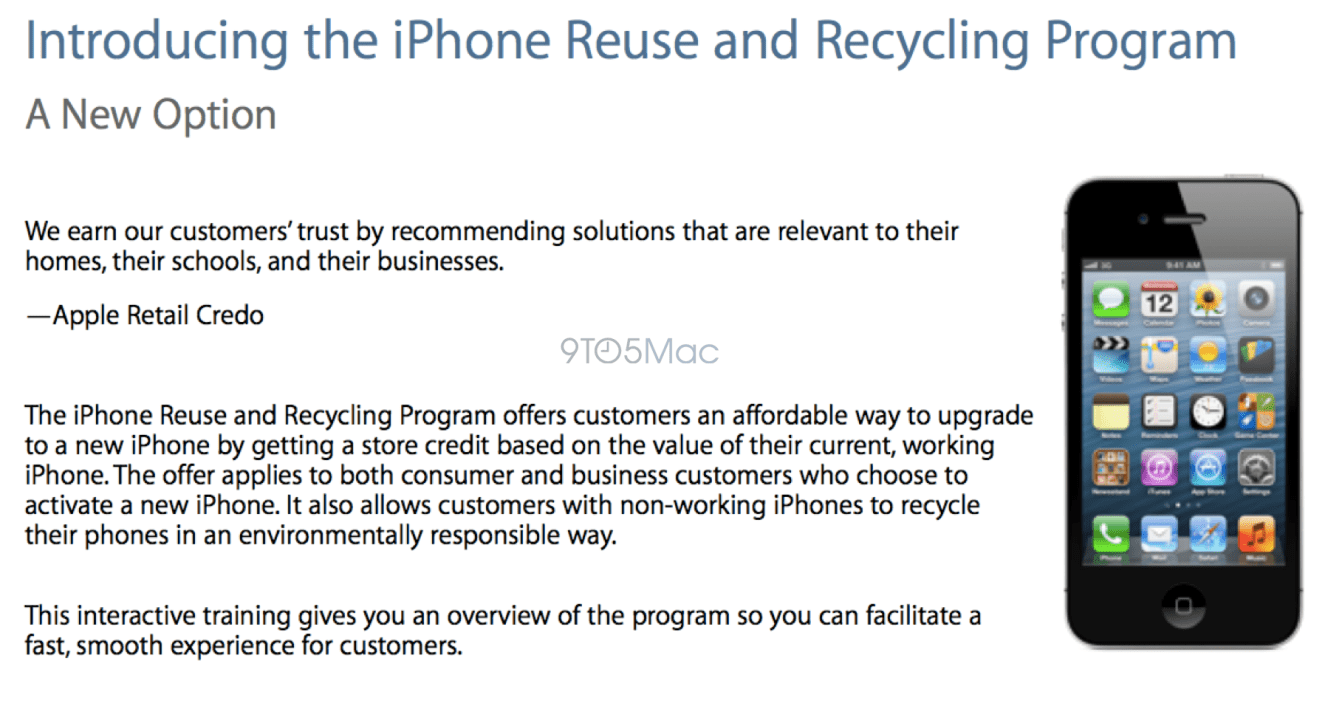 The Apple Store iPhone Reuse and Recycling trade-in program is launching in Canada in the coming weeks, according to a source with knowledge of the initiative’s expansion. The source says that training for Apple Store employees in Canada will begin this upcoming week…

The iPhone Reuse and Recycling program first launched in the United States in late-August of last year, and it expanded to the United Kingdom the following October. A form of the program also exists in India. The expansion to Canada is notable as Canada is Apple’s largest Apple Retail market (with 29 stores) without the program.

The Apple Store iPhone trade-in program allows an iPhone user (of the iPhone 3G or newer) to trade in their device for money that could be used toward the purchase of a new iPhone 5s, 5c, or 4s. The amount of money given in exchange for the old phone varies by model, screen quality, and if the phone has water damage.

The expansion of the iPhone trade-in program to other countries is tied to agreements with Apple and recycling partners. In the United States and United Kingdom, Apple works with a company called BrightStar (it will for Canada as well). It is likely that Apple is working with BrightStar and other firms to bring the program to other major countries such as Germany and France in the near future.

Apple job listings previously indicated that Apple is looking to aggressively expand its iPhone trade-in program for emerging markets. The program was designed by Apple CEO Tim Cook and his executive team in an effort to boost iPhone sales within Apple’s own stores. Last year, we profiled the program as convenient, but not as valuable as trade-in offerings from other companies.