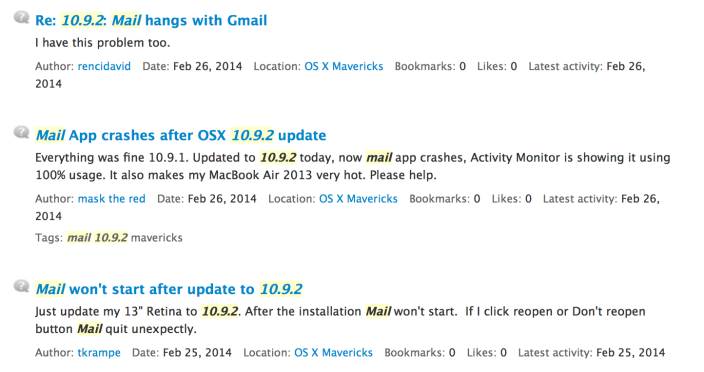 It’s safe to say that Mail in OS X Mavericks has been the new operating system’s least impressive point. Since launch, users have been complaining about issues relating to Gmail accounts, stability, and overall synchronization. Apple first attempted to patch up these bugs with a fix in early November of last year…

But as the bugs kept on showing up in Mail, Apple started recommending that customers use some temporary fixes listed on Apple’s support website. Luckily, OS X 10.9.2, which was released yesterday, was supposed to finally just make Mail on Mavericks work correctly for everyone. In my personal testing since release, synchronization with Gmail accounts is much improved and now completely usable. Testing from other users agrees...

But it seems that as 10.9.2 fixed the syncing bugs, some stability issues have re-appeared. Several posts on Apple’s Support Forums indicate issues with the Mail app crashing at launch. One user explains the new problem: 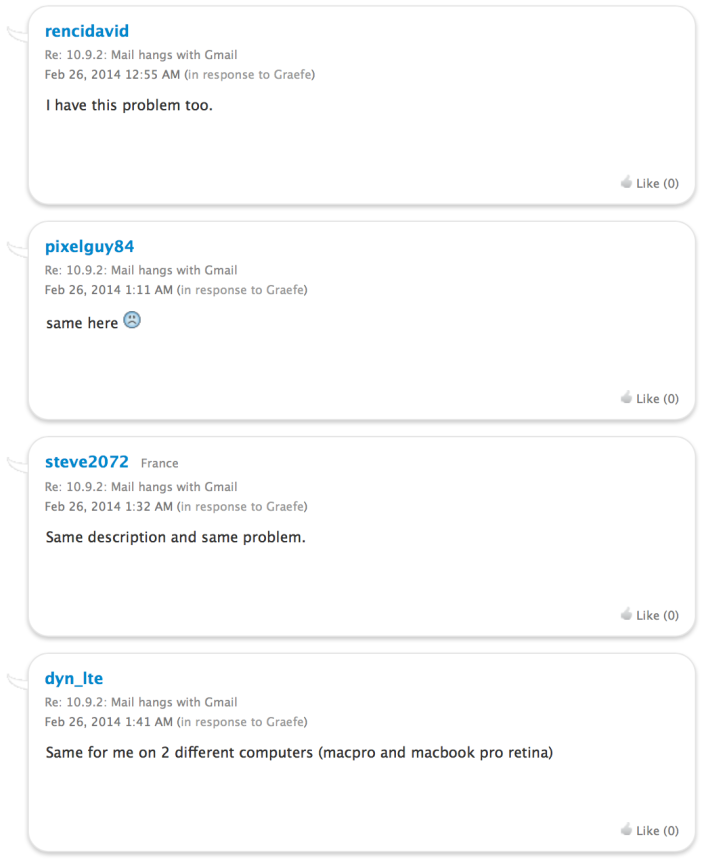 It appears that users with this problem are mostly Gmail users: 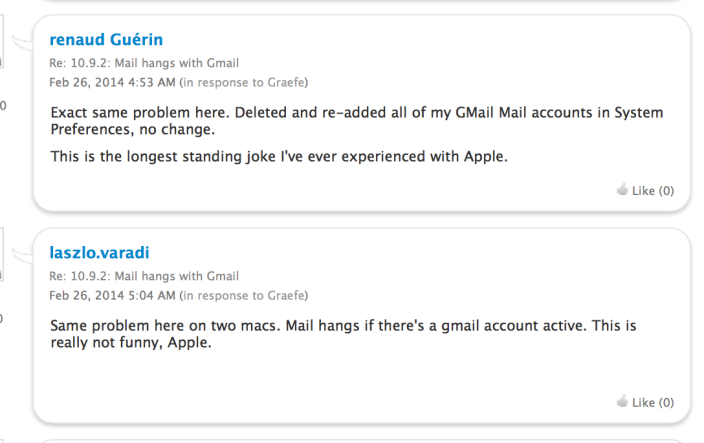 One user on another thread seems to indicate a fix:

The problem in my case was a corrupt IMAP account. I disable my mail accounts one by one by unchecking “Mail” in the System Preferences settings and try to start Mail. Don’t forget to enable the account again before disabling the next one. That point us to the corrupt mail account. What I do next is to delete the corrupt account and create a new one. In my case without data loss because of IMAP.

Some users on Twitter are also reporting the new issues:

Mac OS X 10.9.2 may fix the SSL Bug, but made Mail buggy. It burns my CPU and does not respond anymore. pic.twitter.com/jZVrTyrMKW

Alas, it looks like Mail in 10.9.2 does not fix my ‘stuck inbox’ problem. It just makes it happen less frequently.

On the bright side, it appears that feedback on Mail in 10.9.2 is more positive than negative, so Apple definitely did make some important fixes in this update. On the other hand, there are clearly issues remaining for Apple to patch up in the near future.