Ever wondered why your mouse pointer is angled, not straight? 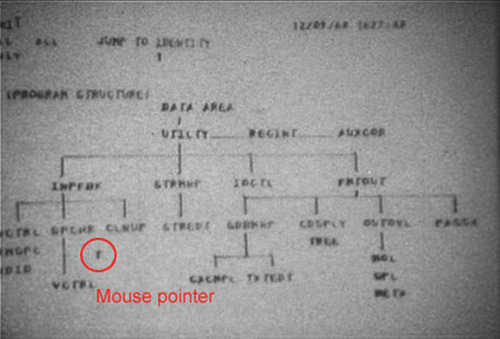 Here’s the reason, courtesy of a concept drawing from Xerox Palo Alto Research Center, where the graphical user interface was invented, and where Steve Jobs was introduced to the concept that was to lead to the Macintosh. 8BitFuture writes:

When the graphical user interface was later developed by Xerox, however, the team found that the vertical pointer was almost impossible to see due to the low resolution displays in use at the time.

Rather than make the pointer larger, the decision was made to turn it 45 degrees, making it easy to see. Despite the high resolution displays we have today, the concept has managed to stick for 33 years.