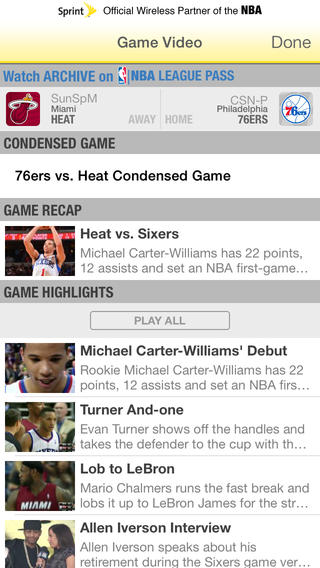 The NBA Game Time apps for iPhone and iPad were updated today with a new Class Games section that brings a collection of “carefully selected classic games and historical videos from past seasons.”

The new Classic Games section starts out with a selection of videos and more will be added in future updates during the 2014 season.

The new videos, like much of the app’s content, is available for free to Sprint users or those with a NBA Game Time Plus subscription or League Pass through their cable provider.

Classic Games – Addition of carefully selected classic games and historical videos from past seasons. New videos will be added periodically throughout the season. These are available free for users who have purchased League Pass.