Apple seemingly turns to Tumblr to promote the iPhone 5c

Apple appears to have taken to Tumblr to start up a new advertising campaign for the iPhone 5c. The campaign is called “Every color has a story,” and the webpage called “ISee5c” appeared within the past couple of days.

The advertisements are videos portraying different iPhone 5c phone colors and case colors. Each roughly 15 second video plays a different song and showcases the dots featured on the rear of the iPhone 5c official cases and on the iOS 7 dynamic wallpapers… The white iPhone 5c popcorn-themed ad ends with “Enjoy the show” and the yellow phone’s video ends with “Showtime.” The blue iPhone 5c video is a simple array of animated white dots on a blue background, and no music or tagline is shown. There is a “Coming Soon” box as well, but it is unclear what this references.

The source code of the webpage, shown above, shares some of the names for the videos (click for larger). 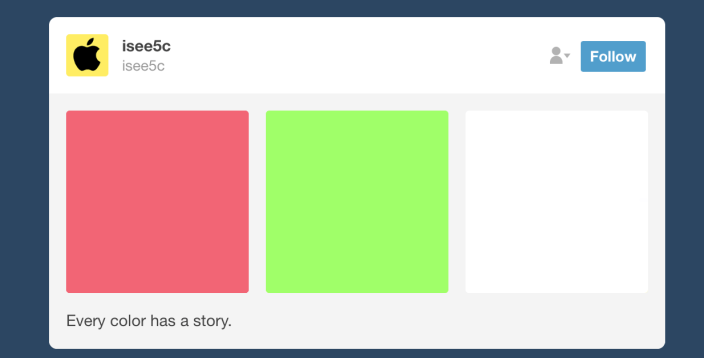 While there is no absolute proof that Apple is behind these iPhone 5c videos, there is evidence that points to Apple likely being behind the new advertising campaign. First, some Tumblr users are reporting that the iPhone 5c colors Tumblr page is showing up as a Sponsored Post in their Dashboards. This means that the page’s creator is paying Tumblr/Yahoo for the iPhone 5c page to show up as an advertisement. It is unlikely that a casual user would create such a paid campaign in the Apple style.

Connecting even more strongly to Apple is additional information from the webpage’s source code. While the videos are completely hidden from being embedded by others, the source code informs us that the advertisements are actually being hosted on video-sharing network Vimeo. 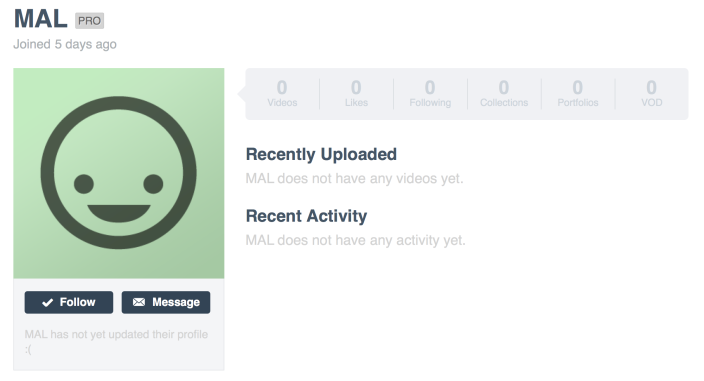 These videos are hosted on a paid/pro account by the name of “MAL.” The completely hidden MAL Vimeo account was created 5 days ago, and it lacks any additional information. The videos from the Tumblr do not even show up publicly on the channel page.

MAL is the name of Apple’s advertising agency based in Los Angeles, California which works with Apple on most of its print, online, and television advertising strategies. The Acronym MAL is short for Media Arts Lab, and the group is a division of advertising behemoth TBWA.

Besides the sponsored posts and a connection to a secretive Vimeo account with the name “MAL,” there is not much else that connects these videos to Apple. It is unclear if Apple will announce that it is behind this new campaign if it is, in fact, the website’s creator. However, the company has previously noted that iPhone 5c sales have come in below expectations (even with the phone’s other viral advertising), so perhaps Apple is trying something new with its partners at Tumblr/Yahoo.

Update: Apple has updated the page with several new ads of the same style: 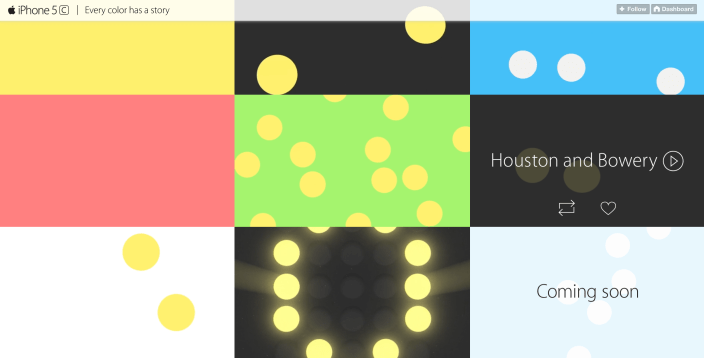