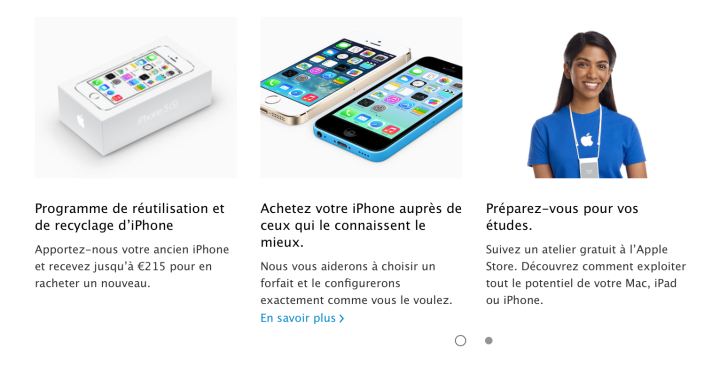 Apple has expanded its Apple Store iPhone “Reuse and Recycle” trade-in program to France. The new initiative has been announced on Apple’s individual websites for its Apple Stores in France. Apple also confirmed the debut to local websites. The program first launched in the United States last year and was expanded recently to the United Kingdom. Apple has begun training its employees in Canada for the program, and the company is expected to debut the program there in the coming weeks.