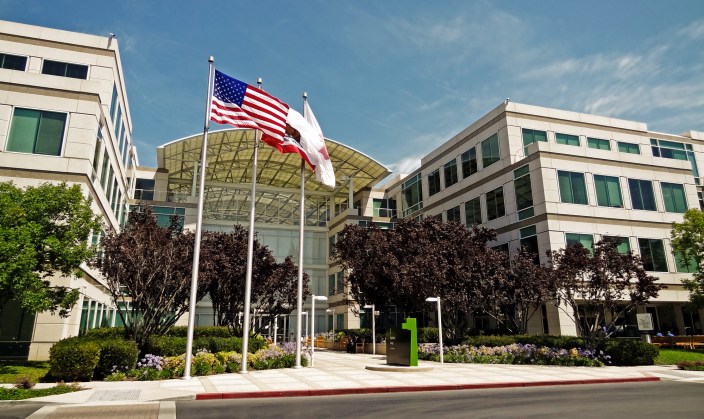 As Apple’s Finance department transitions into a new era under the watch of incoming CFO Luca Maestri, the team is seeking acquisition integration analysts. The new job position was posted earlier today on Apple’s job listings website. The listing is seeking an analyst who could examine companies acquired by Apple and assist in integrating that company’s resources into existing teams within Apple. The person will need to work on integration with the HR, Legal, IS&T, Real Estate, Operations, Finance, and Tax teams:

The Acquisition Integration Analyst will partner with Apple’s Corporate Development team to deliver the successful integration of acquired companies. For each acquisition, this person will drive multiple integration work streams, identify issues and drive decisions while coordinating with experts throughout Apple.

The person Apple is seeking today will act as a “central point of contact for integration information.” It seems likely that this person will work closely with Apple’s Mergers and Acquisitions head Adrian Perica. In addition to being a central point of contact, the job listing notes that the individual will need to “perform financial and integration diligence, establish the integration approach for smaller acquisitions, assist on larger, more complex transactions, and identify roles and responsibilities for integration team members”…

Apple looking to boost its Mergers and Acquisition team comes at a time in which Apple has been criticized by some for focusing on small acquisitions while companies like Google and Facebook are buying large firms for billions of dollars at a time. Apple’s culture has dictated an acquisition strategy that focuses on Apple acquiring smaller businesses that could be quickly integrated into the company and applied to future products or features. For example, Apple acquired a company called Siri that became the Siri feature in iOS. Apple’s Authentec acquisition in mid-2012 allowed for the Touch ID feature in the iPhone 5s.

Based on today’s Apple job search, it seems that Apple will continue its acquisition strategy of integrating smaller businesses. However, the listing also corroborates Apple’s willingness for completing “larger, more complex transactions.” Apple CEO Tim Cook previously noted on multiple occasions that he is not against purchasing major firms if the companies could be properly integrated. Perhaps Apple seeking analysts for integrating acquisitions indicates that Apple is looking at more large companies or that Apple is looking to boost its rate of acquiring smaller businesses.

Thus far in 2014, Apple has acquired Burstly, the owner of the TestFlight app-testing platform and SkyRocket ad company, and Snappy Labs, the developer of advanced iPhone camera software. In 2013, Apple stepped up its rate of acquisitions by acquiring several mapping firms like HopStop, chip developers like Passif, data specialists like Topsy, and app developers such as Catch and Cue. Based on this new job listing, Apple’s large cash balance, and the rate of mergers over the past two years, it is likely that Apple will likely to continue to buy companies that could assist it in launching its next round of major products and features. 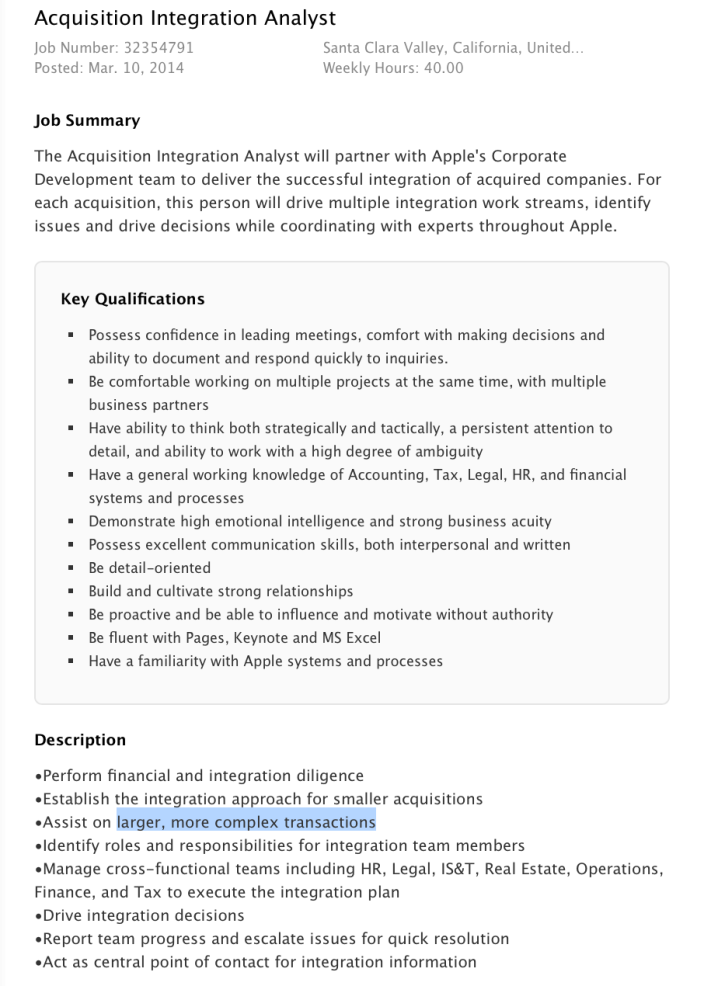