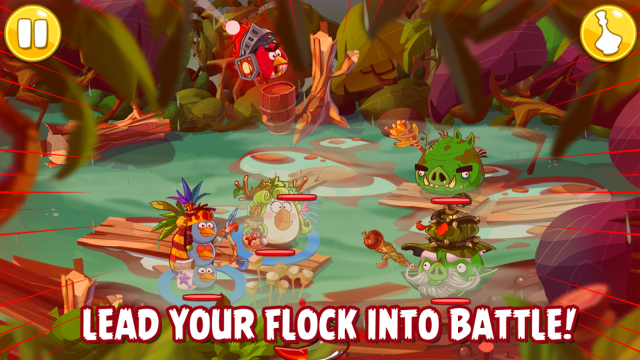 Rovio has announced details of its latest game in the Angry Birds series(Via Kotaku). The game is a turn-based role player, a significant departure from the mobile mini-game physics puzzler Angry Birds is known for. The game will feature turn-based combat and a crafting system — players can craft armor, potions and weapons. This item system will apparently be funded through a game currency, or via in-app purchases.

The game is launching in Australia and Canada this week (likely tomorrow), with more countries to follow. Rovio is touting it as the most ‘epic’ soft launch ever.