Toyota had a bit of a slip up this morning on its official UK blog. The company, which has long been announced by Apple as one of its partners working on CarPlay, today accidentally released its plans to release the feature in upcoming new vehicles. Before quickly removing the statement (we grabbed a screenshot, below) and replacing it with a denial of its own blog post, someone at Toyota gave the go ahead to announce CarPlay is “coming soon” in 2015 models. Clearly the higher-ups caught wind of the press release that was apparently not supposed to go public as Toyota has now replaced it with the following brief and confusing denial:

It’s not too difficult to see that someone at Toyota jumped the gun on this one, but the info came from somewhere and it’s likely the company’s plan internally is to shoot for a 2015 release. Somewhat confusing is Toyota’s statement that “no announcements have been made about “if and when” CarPlay will come to Toyota vehicles (emphasis mine). “If and when” doesn’t sound all that confident for a partner that Apple has already announced as working on integrating the feature. Perhaps Apple’s deal with Toyota prevents it from announcing the date as of yet, but Apple already revealed that it’s working with car companies other than the first three– Ferrari, Volvo, and Mercedes-Benz—  that have already announced new vehicles using the technology. The other companies confirmed by Apple to be working on integrating CarPlay include: BMW, Ford, GM, Honda, Hyundai, Jaguar, Kia, Nissan, Subaru, Suzuki and Toyota.

Earlier this month, Mercedes-Benz confirmed to us that it plans to introduce an aftermarket CarPlay solution for older vehicles by the end of the year, but none of Apple’s partners other than Mercedes, Volvo, and Ferrari have made official announcements.

Here’s a screenshot of Toyota’s announcement in full before it was removed: 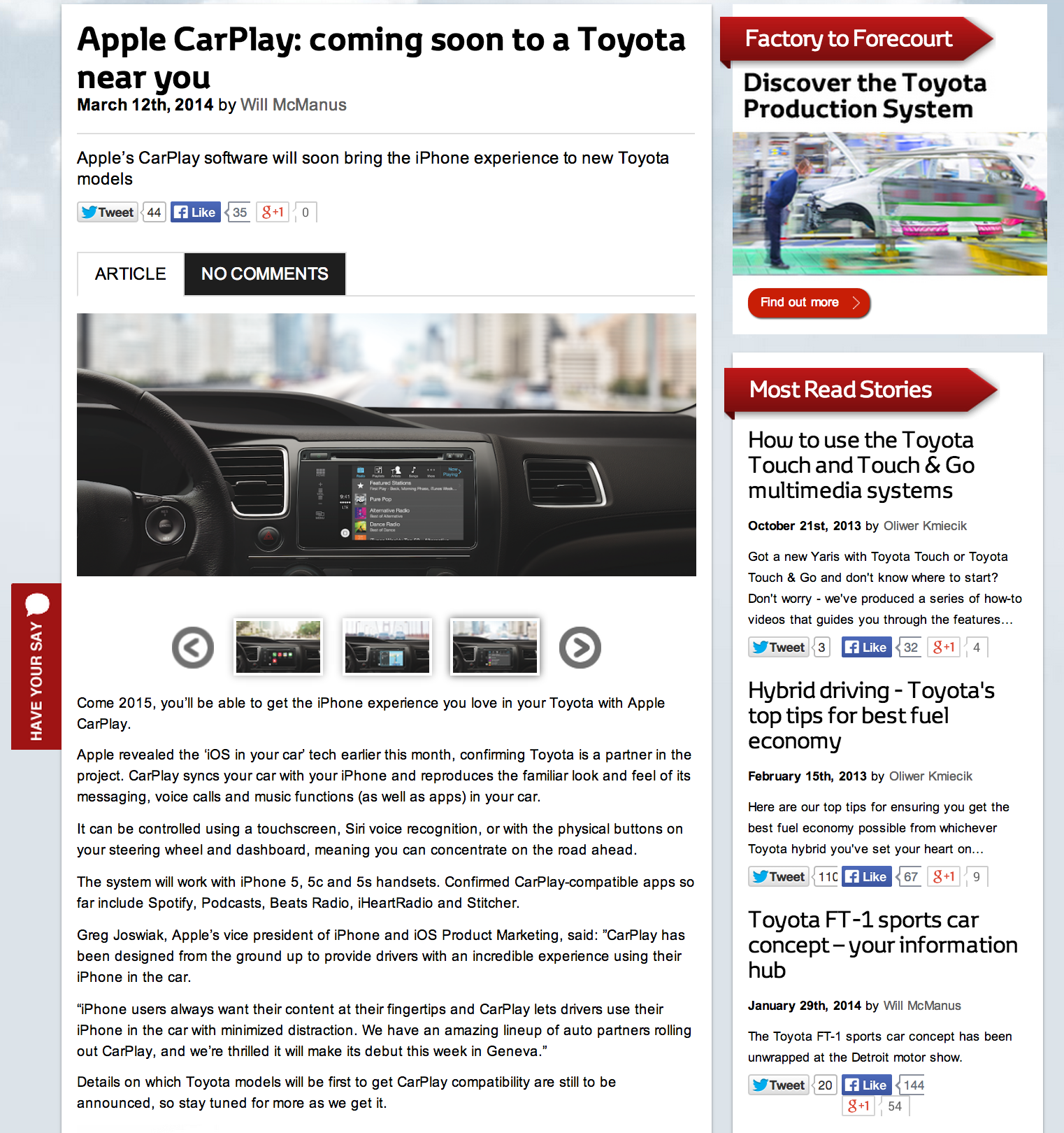