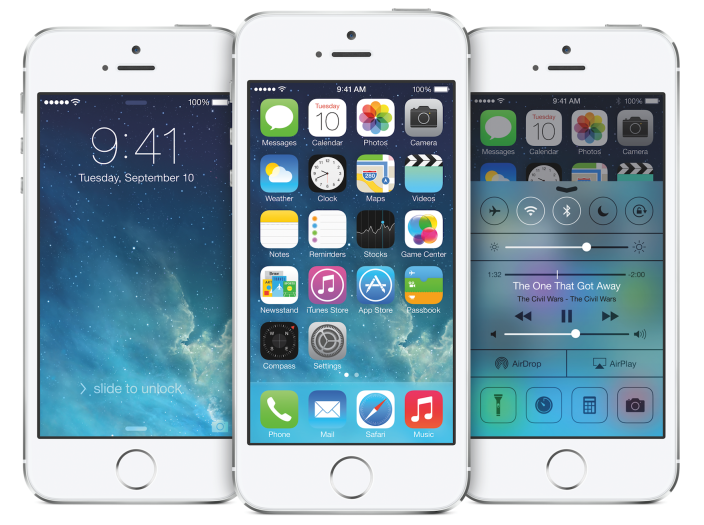 Besides adding new Maps, Healthbook, and iTunes Radio applications, Apple plans to enhance and refine the functionality of some of its current pre-bundled applications and features for iOS 8. Here is a list, provided by sources, of some of the refinements Apple is considering for select applications and system functions in iOS 8: 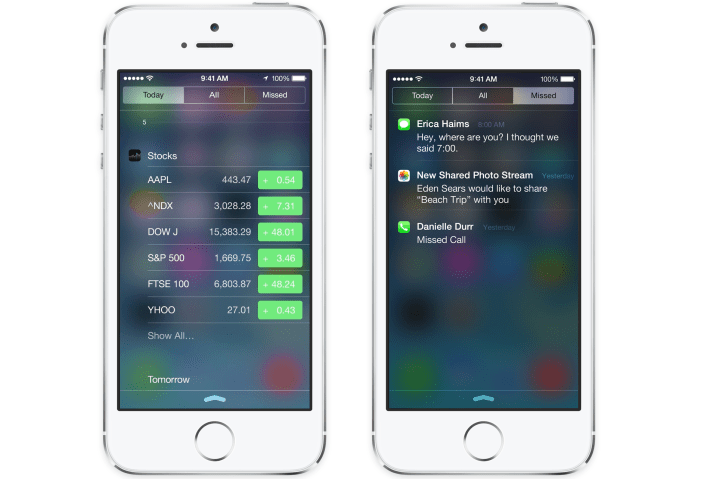 The new “Notifications” view would combine all notifications with missed notifications, making the overall experience simpler. After acquiring the team behind the app Cue last year, Apple has likely been working on adding additional pertinent information to Notification Center, but it is uncertain if those enhancements will be ready this year for iOS 8.

– Inter-app communication: Apple is said to be working on and testing functionality that would allow apps from the App Store to better communicate. This is known as an “XPC” service in the developer world. An API is being developed for apps to be able to share data. For example, a future photo editing application could have the ability to push the edited content for upload via the Instagram or Facebook apps. The debut of the API has been in development for the past couple of years, and it had been removed from the launch version of iOS 7 last year for unspecified reasons. With that in mind, it is plausible that Apple could, again, choose to hold back the functionality.

– Voice Memos: Apple plans to move around some of the controls in the Voice Memos application to be more visible. Some iOS 7 users have complained that it is unclear which controls in Voice Memos need to be clicked to play recordings, and iOS 8 will fix this. 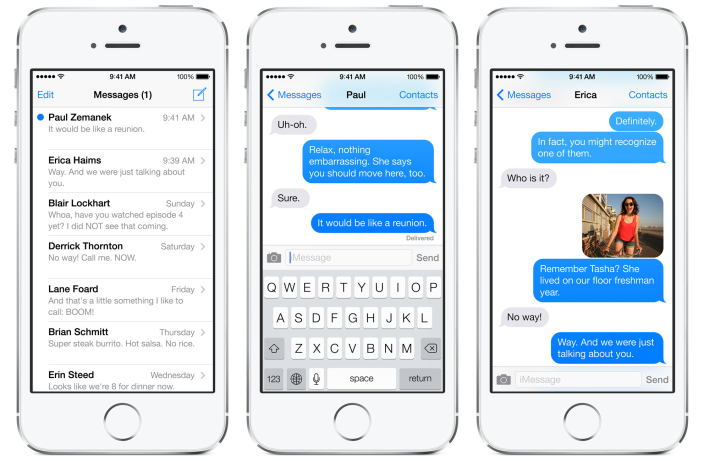 – Messages: Apple is said to be considering adding the ability for Messages threads in iOS 8 to automatically be deleted. The options for auto-deleting of threads on a user’s local device are said to be removal after a month or after a year. The functionality is being integrated in order for the iOS Device storage space to not be clogged up by old Messages threads, which is a common problem among iOS Device users with old backups or dated hardware. The auto-deletion will be optional, so users who never want their threads disappearing have nothing to worry about.

– Game Center: Sources say that Apple is considering removing the Game Center application from iOS and OS X. Instead of having the (little-used) Game Center app, the functionality will solely be found inside in games that have integrated the social gaming service. Just last year, Apple completely redesigned the Game Center app for iOS 7 to remove the green felt and casino theme from the Scott Forstall era. Yesterday’s leaked screenshots did, however, show the Game Center icon.

– CarPlay: While iOS 7’s version of CarPlay exclusively works over the Lightning cable, Apple is testing versions of iOS 8 that can conduct CarPlay (in certain vehicles) over WiFi. The lines up with Volvo saying that its CarPlay implementation will work wirelessly in the future. Of course, Apple has been testing WiFi CarPlay for sometime now with iOS 7, so perhaps the functionality will be pushed back once again.

In addition to the in-app tweaks, Apple has been working to speed up iOS 8 in comparison to iOS 7. Applications are said to launch more quickly, close more quickly, and overall system navigation is said to feel much smoother and more stable. Apple sped up animations and improved stability in the recent release of iOS 7.1, but the enhancements in iOS 8 are said to go a bit further.

Of course, Apple’s official introduction of iOS 8 is still a few months away, so the company’s plans can and likely will change at any time before WWDC.

Succeeding iOS 7, Apple’s “new beginning” for mobile software, iOS 8 will be the first major update to provide several refinements to the iPhone, iPad, and iPod touch software under the watch of design head Jony Ive and engineering lead Craig Federighi.