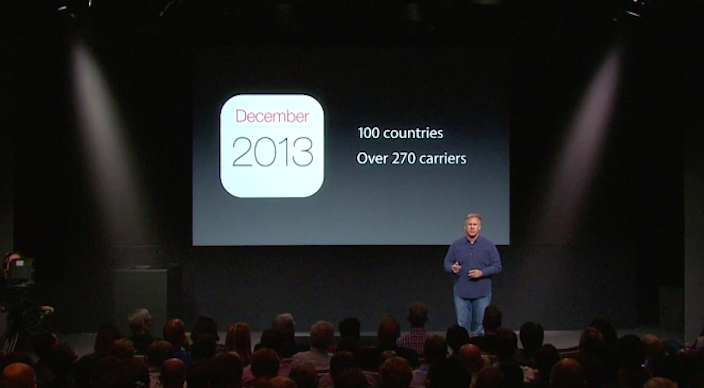 When Phil Schiller introduced the iPhone 5s and iPhone 5c last September at Apple’s HQ, the SVP of Worldwide Marketing proclaimed that Apple would officially partner with over 270 carriers in 100 countries by the year’s end to distribute the iPhone to customers. That trend of expansion has seemingly continued as we saw Russia’s second largest carrier Megafone reestablish a direct relationship with Apple and commit to a three-year deal to purchase and carry the iPhone at the beginning of this year. Now it seems Apple has inked deals with two carriers in Serbia to officially distribute the iPhone in the European nation for the first time.

Vip Mobile has shared today that it is positioned to carry the iPhone as soon as the smartphone is certified by RATEL, Serbian’s agency for regulating electronic devices in the nation. Vip Mobile notes that its owner Telekom Austria already supports and markets the iPhone in several other markets adding to the Serbian carrier’s confidence in carrying the iPhone.

While the deals could still possibly be in negotiations with Apple as they’ve been mum on the news, both carriers chose today to share their respective announcements.

Adding to the mix is 500,000 subscriber Canadian carrier Vidéotron which began taking signups on its site for notifications of pending iPhone availability.

In Serbia, Vip Mobile estimates around 2 million subscribers with about 20% of the marketshare in the nation while mt:s had over 5.5 million customers at last mention in 2008. Back in Canada, Vidéotron shares that it has nearly 500,000 mobile subscribers.

Update: Apple is also signing deals in Lebanon. (Thanks Bernard!)