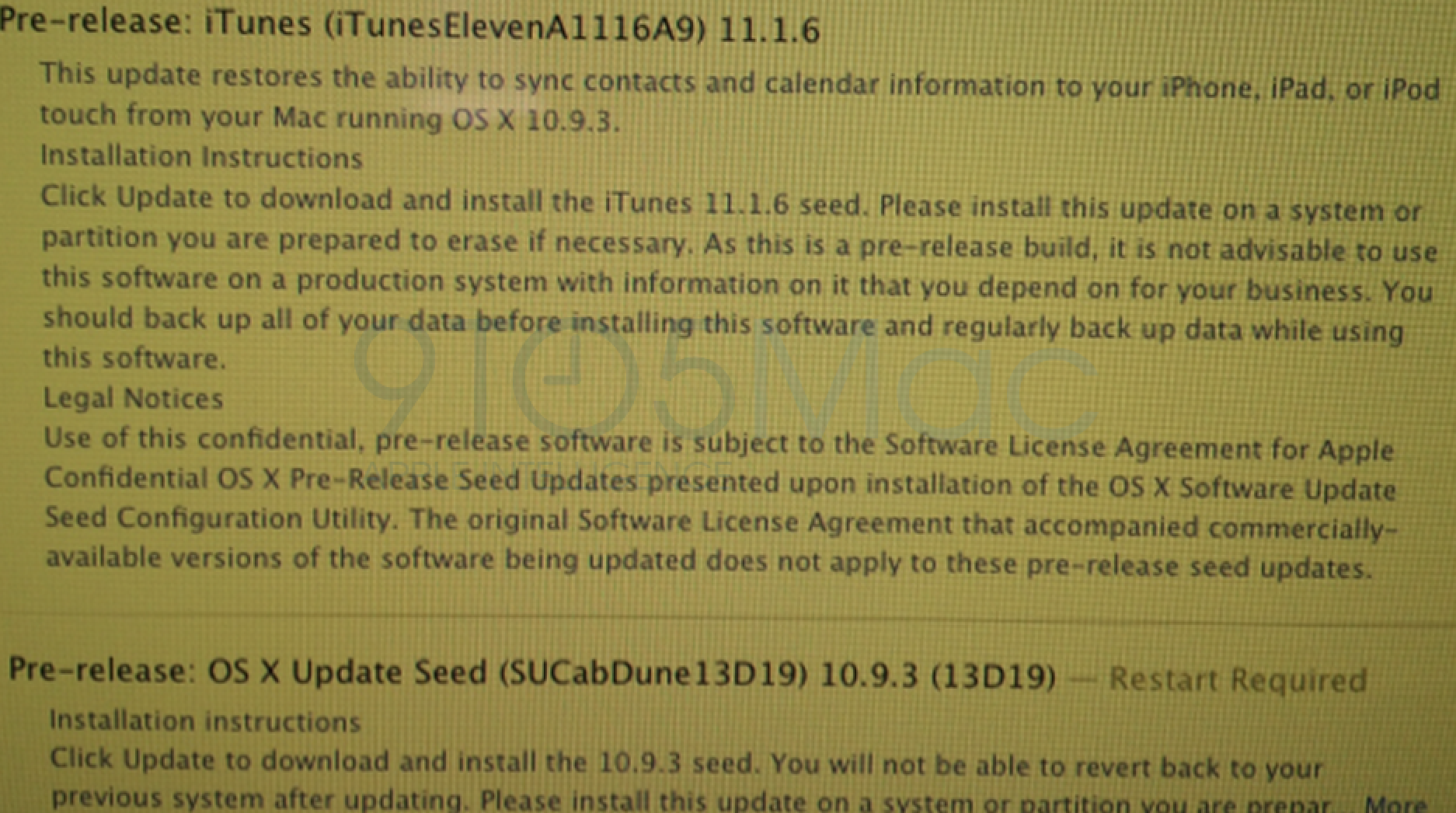 The new pre-release of OS X 10.9.3 (build 13D19) is available to employees and doesn’t introduce any major changes since the latest beta build seeded to developers. The last beta release asked developers to focus on testing graphics and audio drivers.

The final release of 10.9.3 could bring at least one new notable feature for users: support for driving 4K displays at Retina resolution and 60Hz output from 2013 MacBook Pros.